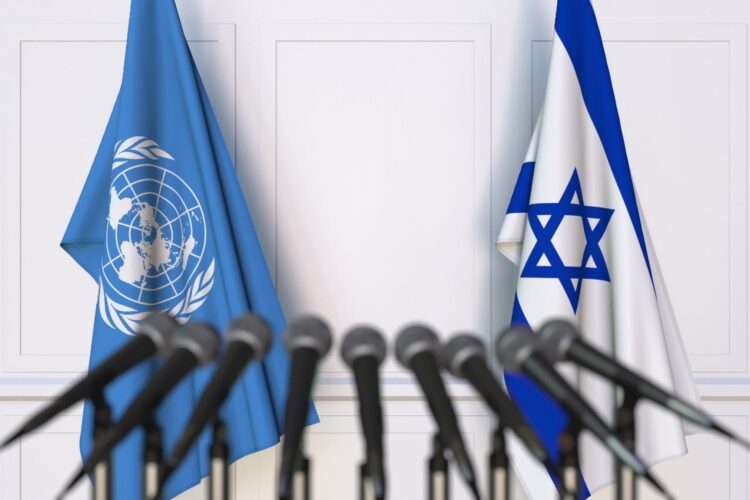 While nobody knows what the hell is going to happen at the upcoming summit between President Donald Trump and North Korea’s Kim Jong-Un, the United Nations has already blamed Israel for the breakdown of the talks which are yet to occur.

The latest UN General Assembly Resolution has declared that “the blame for the fallout at the summit yet to actually happen, the onset of World War Three and subsequent nuclear holocaust must squarely be placed on Israel.”

Iran’s representative at the UN, one the resolution’s key backers, sought to explain the statement. “The Zionists’ inability to reach a peace accord with the Palestinians and the recent escalation of hostilities in Gaza will clearly lead to a breakdown in talks between the US and North Korea, triggering world Armageddon. After all, something that bad can only be attributed to those pesky Jews.”

While Israel’s UN ambassador has said that “it’s a bit rich” for Iran to lament nuclear holocaust, the Islamic Republic, and numerous Arab states have nonetheless pushed for a further resolution calling on Israel to provide “financial compensation in advance” for the damage inflicted on their countries by the nuclear war. Such money, Iran’s representative stated, “will one hundred percent, definitely not, certainly never, go towards our attempts to start World War Three.”