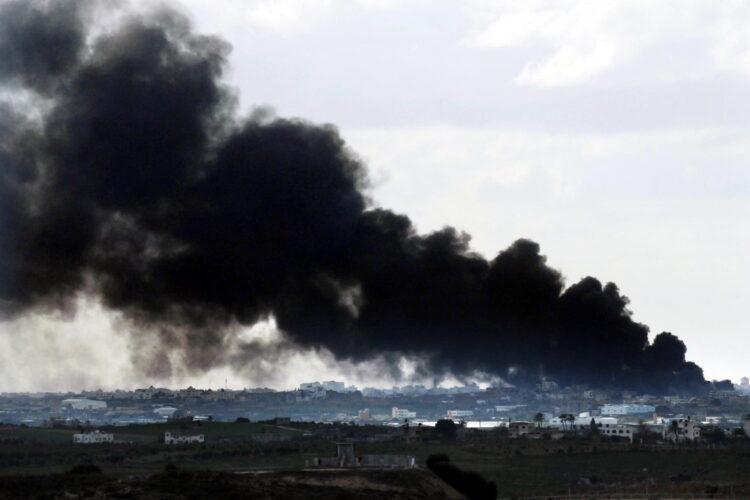 Amid rising tensions over lone-wolf stabbings, lack of progress in peace talks and increasing frustration over Israel’s blockade of Gaza, and with the region looking well on its way to renewing its 68th annual “Palestinians and Israelis Fucking Can’t Stand One Another” popular concert series, the UN and Hamas have teamed up to equip Gaza with a dual purpose elementary school and rocket Launchpad.

“In 2014 we received many complaints in our Facebook comment boxes about people being unhappy with using UN schools and hospitals as a launch pad for attacks,” explained Hamas spokesperson Sami Abu Zuhri. “We took this feedback to heart and have decided to work with our own United Nations agency (UNRWA) to address this issue. The main thought was that there was too much ambiguity during the conflict, ‘Is it a school? Is it a terrorist base?’ Now people will be relieved to see there’s a clear answer: It’s both!”

In a joint statement, Hamas and UNRWA have promised to work hand-in-hand to ensure students have a place to study, while insurgents will be able to conduct operations comfortably, all from the same location. The facility will include technologically state-of-the-art classrooms affixed with double-pane glass windows, due to the annoying noise caused by fixed-rocket launching pads and incoming Israeli Hellfire missiles.

When asked whether he thought this would cause even more casualties, Abu Zuhri brushed off such suggestions. “Don’t be silly. Even though we’ve said this 20 years in a row, we know Israel won’t respond because this year we will definitely wipe the Zionist entity off the map.