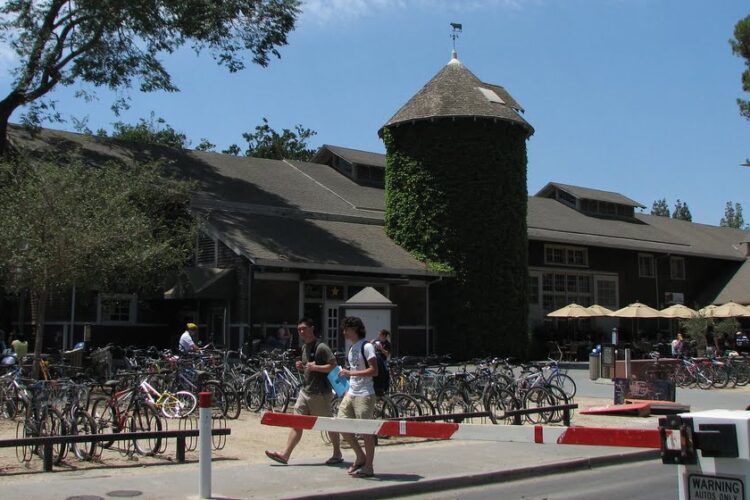 University of California (Davis) By Veritas117 (Own work) [CC BY 3.0], via Wikimedia Commons

Building on the recent vote to boycott Israel, UC Davis’s Student Government today moved to protect every students self expressive right to stab a Jew. Student president, Ms. Rebecca Jordan, said she expected the move to be controversial. Still she saw it as essential to maintaining UC Davis’s commitment to the free exchange of ideas.

“New forms of expression emerge all the time. Imagine if we said that students couldn’t express themselves on email? Or were forbidden to tweet? Yes, such ideas always at first face condemnation. I have no doubt, however, that plunging a sharp blade into someone’s chest will soon seem as normal as texting. So long as that chest is attached to someone Jewish.”

Faculty reactions to the upcoming vote were decidedly mixed. Some professors, however, shared President Turd’s enthusiasm. “As a university, we encourage students to develop an international perspective,” said Professor of Full-Contact Hermeneutics, B. Raind Ed. “All over Israel, powerless Palestinians are following in Gandhi’s tradition of non-violence, protesting their status by repeatedly stabbing Jews in the chest, limbs, and neck. It would be wrong to deny our students an opportunity to participate.”

Professor of Ethnic Dancing, Gotta Groove, saw serious problems. “Whatever you think of this obviously well meaning proposal, I don’t see how it works on a practical level. How do our students know which students are Jewish? We could engage Jews, ask them to wear some symbol. Maybe a star? And in a color that’s easy to spot, like yellow.”

TID made multiple attempts to contact representatives of UC Davis’s Hillel. Several were located. Unfortunately as each was fleeing knife wielding fellow students attempting to express themselves, they were unavailable for comment.