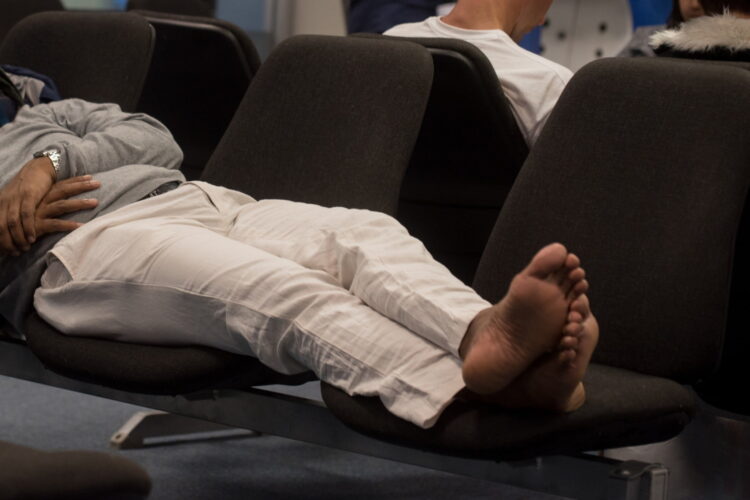 Terrorists worldwide are scrambling to deal with the most recent US security restriction of banning personal electronic devices on planes flying directly to the US from several Muslim majority countries.

One ISIS operations planner sounded exasperated when he told The Mideast Beast: “We’ve already booked the flight. Do you know how expensive it is to change your tickets? Let’s just say we’re going to have to sell another priceless ancient artifact.”

The new plan from the White House, which went into effect this week, was explained as an attempt to limit the possibility of explosives being hidden such devices. One Al-Qaeda operative commented that flying direct was one of the few perks they were allowed “I mean, it’s bad enough they don’t spring for business, but now a layover too? Is there no end to the cruelty inflicted upon us by the West?”

Another stated that he had been deterred by the new restrictions saying: “I was planning on detonating myself for the sake of the struggle of Islam against Western Imperialism, but a spending six hours on a layover at Charles D’Gaulle? Fuck that and their shitty Wi-Fi”.

When The Mideast Beast asked terror experts and analysts on the potential threat of “Laptop Bombs” one said the last bomb he saw on a laptop was when he watched “Batman Vs Superman” instead of the inflight movie; another expert just sighed, shook his head, and said: “If the White House ever finds out that Al-Qaeda once tossed around the idea of shoving a bomb up someone’s ass we’re all screwed”.