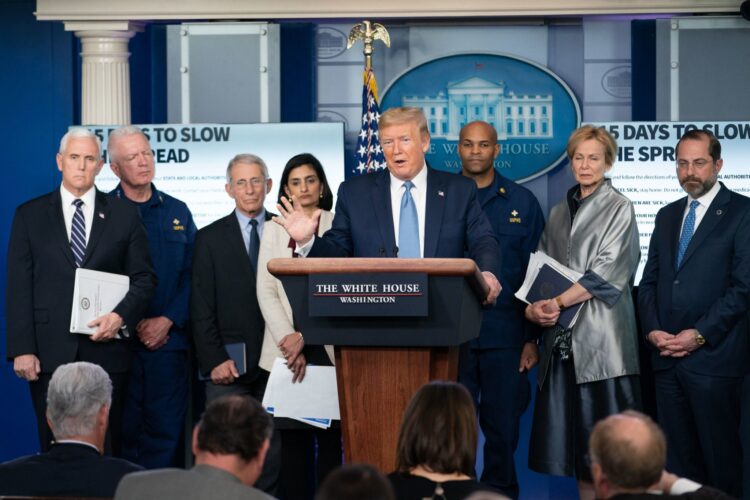 After suggesting that the United States start using anti-Malaria medication to treat COVID-19 patients, a confident President Donald Trump, excited by the prospect of solving problems with unproven pills, announced plans to end the Syrian civil war by supplying billions of Prozac pills.

Trump made his announcement at a White House press briefing, saying that although they are not sure that Prozac will work to solve the 9 year-old civil war, it is worth doing because “if it does work, it would be a shame we didn’t do it earlier.”

Speaking alongside the director of the National Institute of Allergy and Infectious Diseases, Dr. Anthony S. Fauci, Trump said that “there are some very strong, powerful signs” that Prozac might be able to curb violence. When reporters asked him for any supporting evidence Trump said that “There was a mobster guy, very bad Italian man in New Jersey. I did real estate in New York. I know these guys, we know we used to call them wops. Can’t say that anymore though. So, just very bad people. But he took Prozac, and he was much better.”

Dr. Fauci started to tell reporters that he was watching the Sopranos on his lunch break, when President Trump cut him off, “Tony, stop. You’ve spoken enough to the fake news media.” When a reporter from CNN asked the president if he could have accidently based his Syria policy on a fictional HBO series about a mob family in New Jersey, the president responded by saying, “You’re a terrible reporter, you’re fake news, just nasty, nasty questions.”