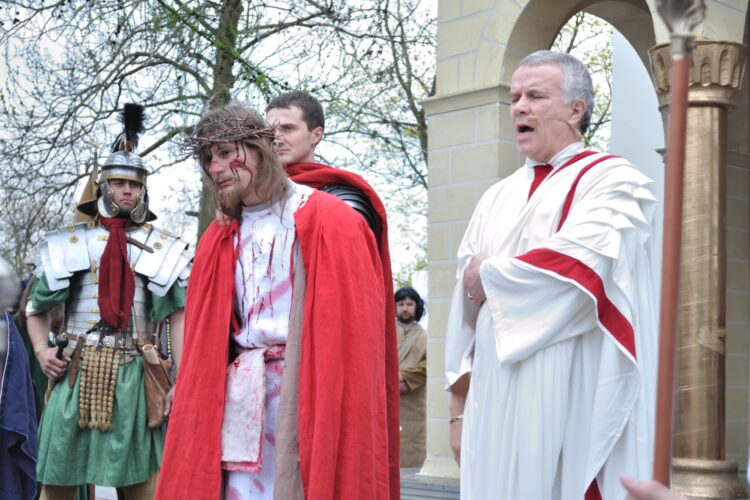 In the latest in a wave of 11th-hour pardons, President Donald Trump has granted clemency to former Roman governor Pontius Pilate, clearing him of all charges in the death of Jesus Christ in 33 AD.

In a memo, Trump said that Pilate had been treated “very unfairly by those crooked Samaritans” and that pardoning him will right a longstanding injustice.

“The whole Jesus investigation was a complete hoax!” the memo stated. “Pilate has endured years of unfair treatment and is one of the most prominent victims of what has been revealed to be perhaps the greatest witch hunt in Roman history.”

Trump’s decision to pardon Pilate, who governed the Roman province of Judaea under Emperor Tiberius in the first century AD, came after a Twitter user with the handle “@PontiusPilate420” tweeted “Thank you President Trump #MAGA!!!”

“We tried to explain to him that this account was unverified and the real Pontius Pilate died centuries ago, but he was just so excited about the tweet we gave up,” one unnamed White House official explained. “I just wish he didn’t do it right before Christmas.”