Trump Jr. Next Book a Study of the Koran 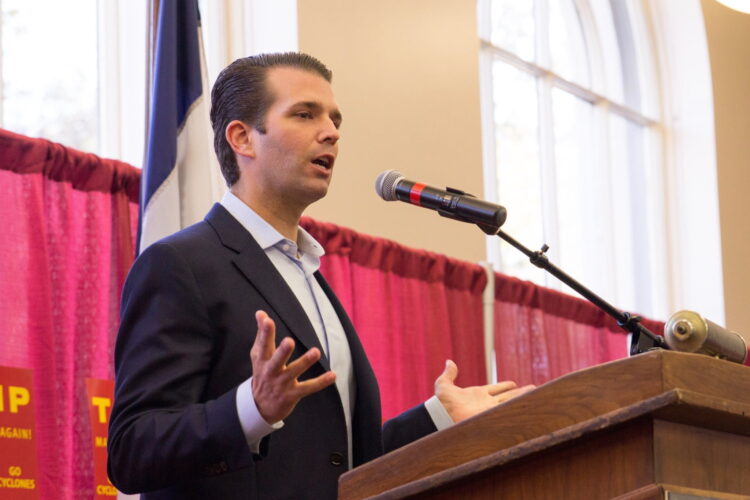 Following the overwhelming success of his first book Triggered, Donald Trump Jr., the Trump kid voted most likely to have a dead stripper in the trunk of his Lincoln Town Car three years in a row, has announced that his next project will be a detailed analysis of the Koran and its meaning in the modern world.

A spokesman commented, “It’s important that people appreciate that Mr Trump Jr. not only has unique insights into the world of politics but can also bring the heat when it comes to religion and its impact on the challenge of peace in the Middle East. Or as the dedication reads, ‘Suck it Jared!’”

Junior is not the only Trump child with plans to publish in 2020. Why Being Third Can Be Best by Eric will drop in the spring. Although a manuscript has been leaked, reviews have proven difficult as the pages appear to be smeared by tears. A first novel from Tiffany is also due. According to the New York Review of Books it’s a searing emotional tour de force reminiscent of a young Margaret Attwood. But it’s by Tiffany so clearly no one gives a shit.