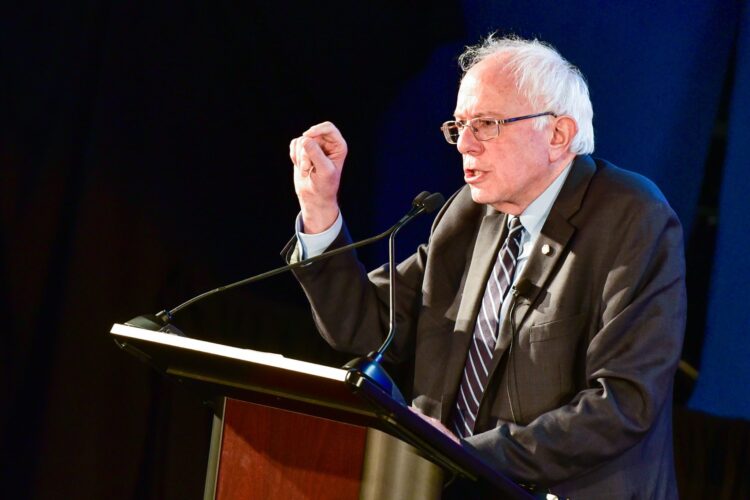 JFK’s security manager told The Mideast Beast, “We mistakenly believed that Mr. Sanders was an activated female Jihad terrorist from a Cuban terrorist cell. We heard something ticking suspiciously inside his socialist hijab.”

A fuming Sanders told The Mideast Beast, “The security was so rude that I almost thought that I was in Israel. In solidarity with oppressed communities, I borrowed a hijab from my spiritual soulmate and surrogate Linda Sarsour. President Trump’s Islamophobic policies are pushing Islamist suicide bombers to detonate out of desperation. If I had not been a privileged white male millionaire socialist Vermont Senator, I would probably also have embraced Islamist transgender martyrdom. This racist profiling assumes that anything wearing a hijab, which also makes a ticking sound, is somehow dangerous. I was simply carrying my election clock, which counts the days until I become president of the United States.”

Following the humiliating treatment of Sanders at JFK, the collapsing ISIS Caliphate in Syria unfriended JFK Airport on Facebook.