Trump: ‘I Have Done More for America than George Washington’ 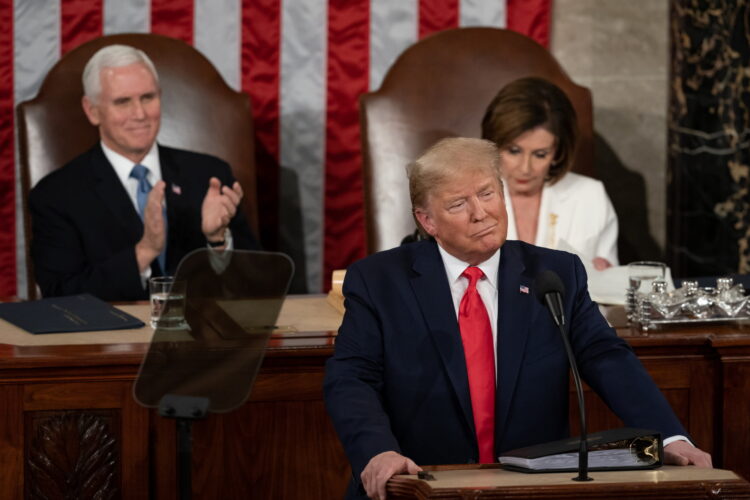 By The White House from Washington, DC - State of the Union 2020, Public Domain, https://commons.wikimedia.org/w/index.php?curid=86675076

In his annual State of the Union Speech, President Trump declared that he has done more for America than George Washington ever did.

President Trump spoke to The Mideast Beast, which he called his “second favorite fake news source, after Fox & Friends.”

“Honestly, nobody has done more for America than me. What did George Washington do for America? He left a bad deal with Britain, fought a few imperial redcoats and founded our great republic. Big deal. I left a much worse Iran deal. I fight socialist redcoats every day, some of whom are present in this Congress.”

“Did Washington ever play whack-a-mole with terrorists like Baghdadi and Soleimani or move America’s embassy to Israel’s capital Jerusalem? Did he impose trade tariffs on China’s coronavirus or have millions of Twitter followers worldwide? Did Washington build a border wall around Hollywood? Did he have détente chats with US foes like North Korea’s Rocket Man or Nancy Pelosi? While Washington got a capital named after himself, I selflessly drain the swamp that threatens to swallow it.”

Trump concluded by revealing the next phase of the “Make America Great Again” project. “Believe me Sleepy Joe, Crazy Bernie and Pocahontas; I will build a beautiful Mount Trashmore in your honor after the 2020 election.”