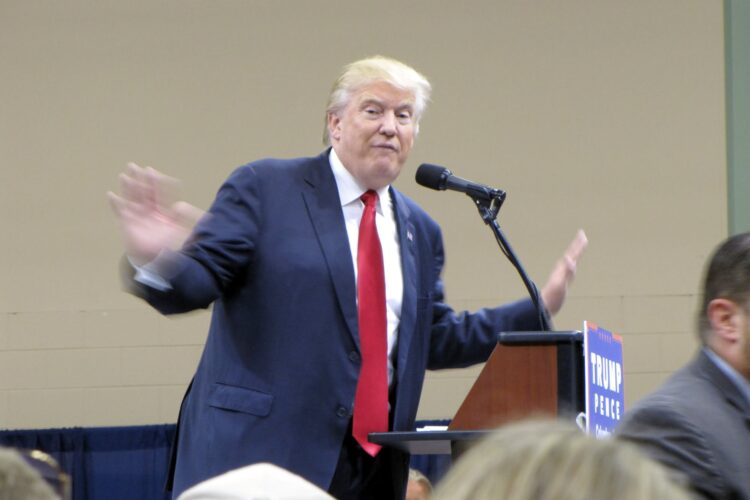 In his latest attempt to gain ground among Jewish voters, President Donald Trump dangled a large gold coin for 15 minutes during a speech at the Israeli-American Council summit.

“Would you look at that? And plenty more where that came from!” Trump declared, drawing confused murmurs from the crowd. “I know you guys like that. And if I lose, there will be no more. Pocahontas will take all your gold. You hear me, Jews? So you have no choice but to vote for me.”

After briefly touting his support for Israel and his decision to move the US embassy from Tel Aviv to Jerusalem, Trump once again reached into his suit pocket to produce a potato latke, which he proudly held up to the crowd.

“This is a Jew thing too, right? You guys eat these for Christmas?” Trump asked. “Well if corrupt Joe Biden get elected, he’s going to give all our potatoes to Mexico, so no more of these things for you.”

“We appreciate President Trump’s support for Israel and his fight against the anti-Semitic BDS movement,” Anti-Defamation League CEO Jonathan Greenblatt said in a statement. “However, we wish that he would just shut the fuck up on all other issues.”