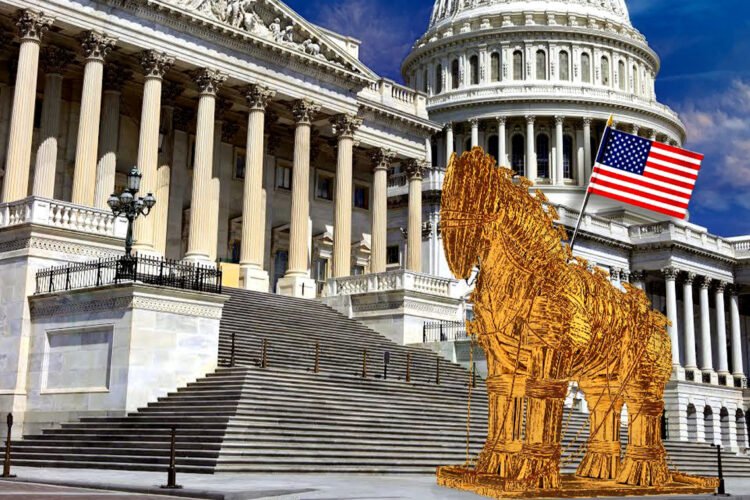 PHOENIX, ARIZONA — Donald Trump has issued a statement acknowledging Joe Biden as the legitimate winner of the 2020 presidential election, with the former president delivering a giant wooden horse (painted in gold color of course) to the US Capitol as a peace offering for good measure.

The move came as a surprise to Biden and Congressional leaders, who arrived at the Capitol Monday morning to find the massive horse statue standing outside the doors. Shortly after the discovery, Trump, from Arizona, released a written statement to the press congratulating Biden on his win and denouncing supporters who stormed the Capitol to stop the certification of the election results.

“Joe, you’re doing a tremendous job and I would never interfere with the government by sending my supporters to attack Congress,” Trump wrote in his statement. “Please accept this beautiful horse as an offering of support, and keep it in the Capitol Rotunda as a symbol of our coming together as Americans.”

Even Trump’s most fervent supporters seemed to accept the move, as Twitter accounts usually outspoken in opposition to the Biden government seemed to go silent. It was as if the most militant wing of the Republican base disappeared completely, many observers noted. Moreover, US Capitol police investigators remain skeptical that the gaudy gift came from Trump, as no misspelled or randomly capitalized words were found in Trump’s statement.

Most suspicious of all, there was not one single post predicting JFK Jr using an AR-15 to wipe out Comet Pizza. 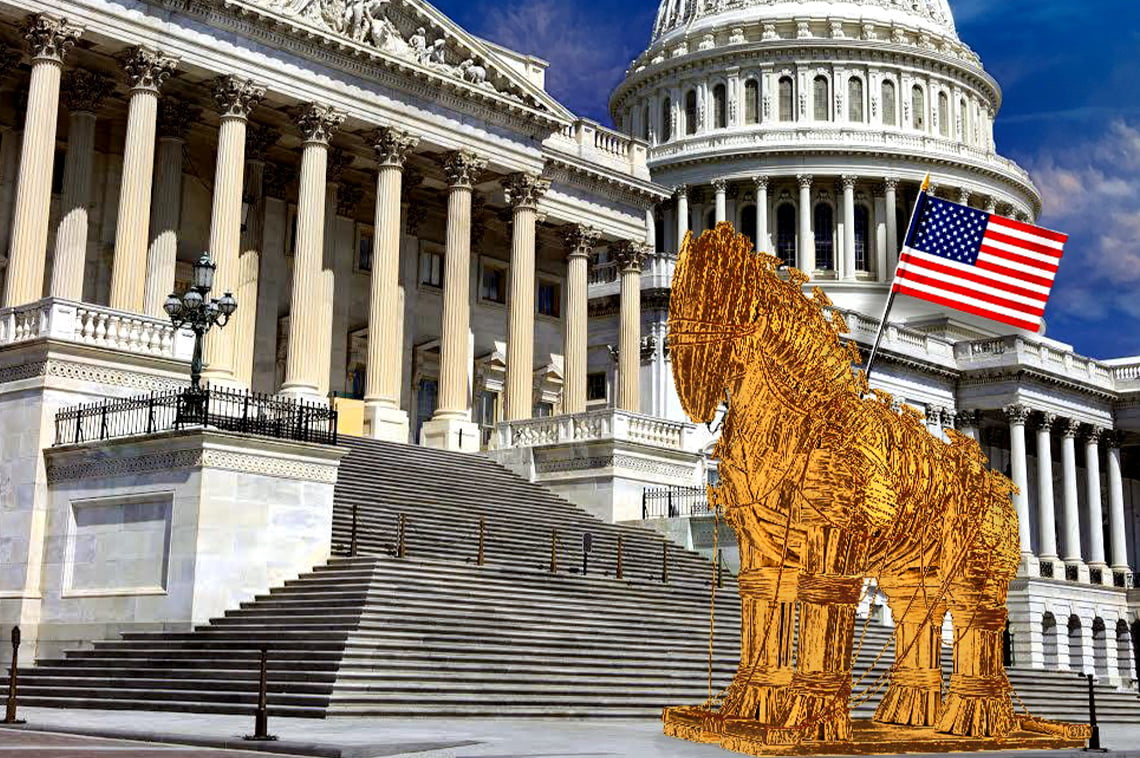