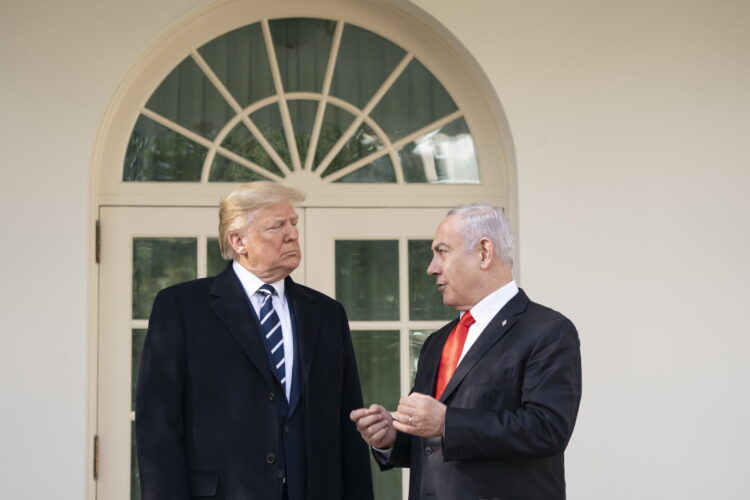 In a fiscal feat thought impossible amid record stimulus spending, US President Donald Trump has balanced the federal budget simply by asking Israeli Prime Minister Benjamin Netanyahu’s to reimburse the White House for his laundry costs.

Trump’s decision came after The Washington Post reported that Netanyahu regularly brought suitcases and bags full of laundry, which White House staff cleans for free for all heads of state. The Congressional Budget Office determined that laundering Netanyahu’s clothes over multiple visits in a year costs the government roughly $3.7 trillion, the exact same amount as the 2020 federal deficit.

“I began by just having the White House clean a couple of outfits, but soon realized that I could bring my entire laundry to DC and not have to do any laundry myself,” Netanyahu admitted in an interview with The Mideast Beast. “Before long, I was bringing all of Israel’s laundry over on dozens of planes every time I visited the US. Honestly, that was the only thing keeping Israel’s economy afloat the past ten years.”

After learning that Trump had nixed the free laundry arrangement, Netanyahu immediately announced that he would step down.

“I never really cared much for governing,” Netanyahu admitted. “I was really only in it for the free laundry, soda bottles and pistachio ice cream. Now that that’s all gone, I have no interest.”