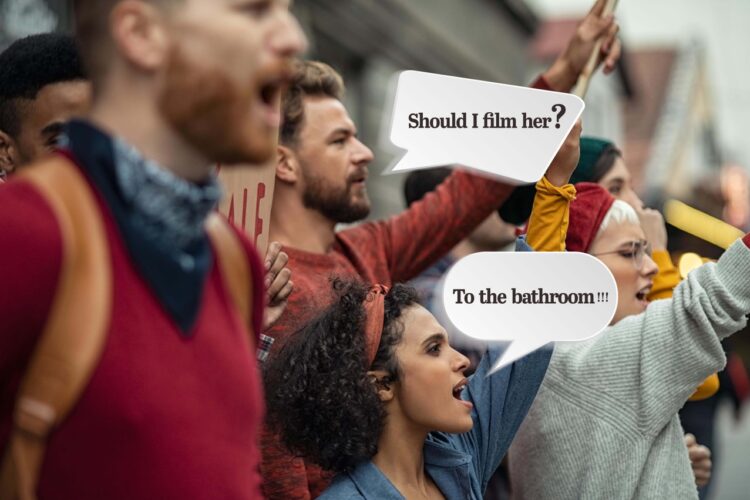 Left-wing protestors who angrily followed Arizona Senator Kyrsten Sinema into a restroom over her opposition to a $3.5 trillion spending bill have an unexpected ally: former President Donald Trump.

“Of course it’s fine to follow women in the bathroom against their will,” Trump told The Mideast Beast. “How else are you supposed to grab them by the pussy?”

Trump also defended one protestor’s decision to film Sinema in the restroom.

“Filming broads while they’re on the toilet is the best!” Trump said. “This way you can show it to your grown sons afterwards.”

Trump’s support now means that each of the last two presidents have come out in defense of the activist chasing Sinema into the bathroom. Earlier this week, President Biden called the harassment “part of the process.”

“I don’t see why Sinema thinks there’s something weird about discussing policy while you’re on the John,” Biden added. “Heck, I used to do it all the time with President Johnson.” 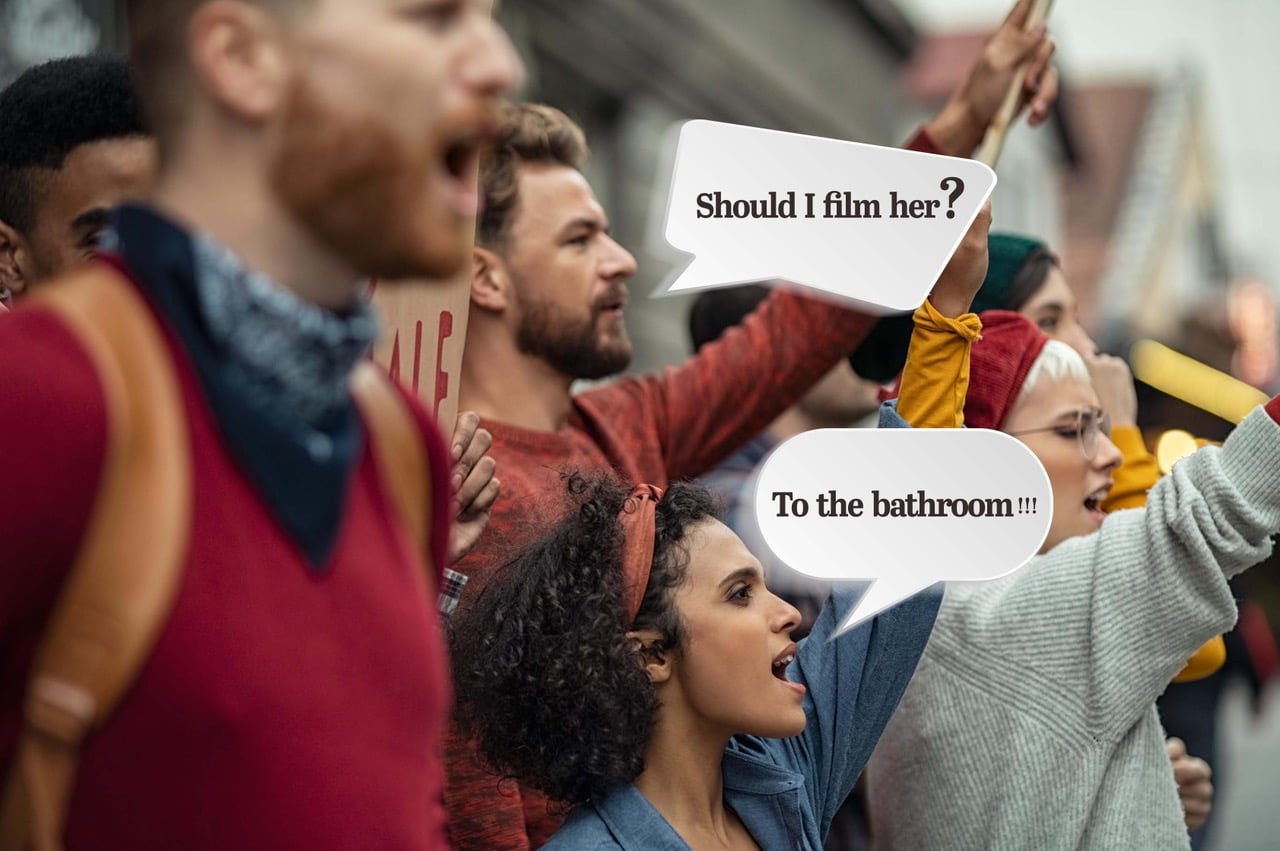