Trump Asks Doctors if he Can Nuke Covid-19 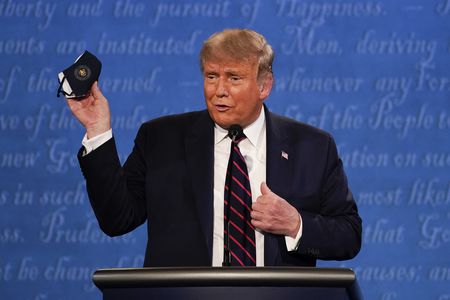 Image from SILive.com in "President Trump to be taken to hospital after COVID diagnosis" at https://bit.ly/3irv9sw

With only days remaining in his presidency, and hoping to salvage any possible legacy, US President Donald Trump has reportedly asked doctors if they can remove Covid-19 from people’s bodies using nuclear weapons.

“Look doctor, I have all these nukes. Like hundreds, maybe millions of them, and I mean really powerful bombs,” Trump reportedly told his physician after learning that the US just passed 360,000 deaths. “If we just dropped one nuke on a carrier, believe me, it would completely obliterate the virus.”

He added, “Nobody knows more about viruses than me.”

It is not the first time that Trump has proposed using nuclear weapons for non-military purposes. On multiple occasions, the president has suggested nuking hurricanes to stop them from hitting the US.

Doctors explained to that while a nuclear explosion would certainly eliminate the disease caused by the coronavirus, it would also kill the host and anyone else in at least a ten-block vicinity, making it useless as a possible treatment.

“Very few people know this, but if you explode a nuclear bomb on somebody, they could die,” Trump said a recorded video. “Who knew that getting rid of viruses could be so complicated?”