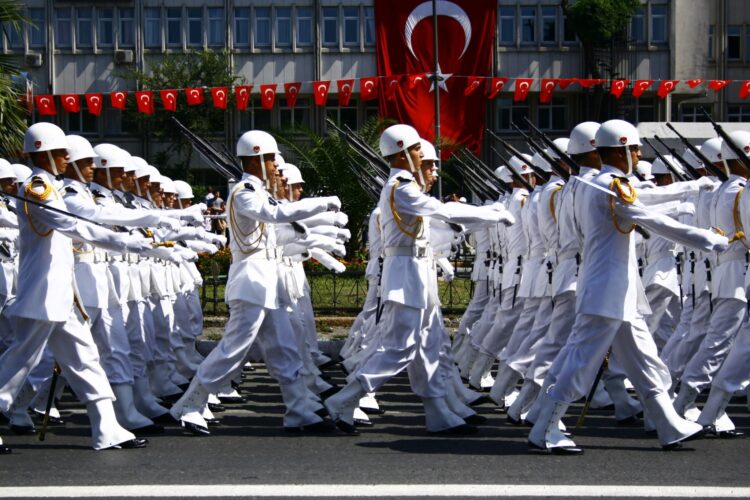 Insisting that someone must do something about gang violence that now threatens US citizens, President Donald Trump has called on his Turkish counterpart, Recep Tayyip Erdogan, to send troops into Mexico.

“These murderous gangs have been wreaking havoc on innocent families in Mexico and now America, and the only way to stop them is to confront them with overwhelming force,” Trump declared during a press conference. “This is a job for the best fighting force the world has ever known – the Turkish army and its loose alliance of Sunni militias.”

Trump’s statement came after nine Americans, including six children, were killed in a vicious attack carried out by drug gangs. Trump has responded by withdrawing all US troops from the border region.

“Listen, whenever I pull American troops out of someplace, Turks immediately move in. And then so do the Syrians, and the Russians, and Iran,” Trump explained. “The drug cartels are completely fucked!”

But days after his withdrawal, with no sign of an Iranian, Turkish, Russian, or Syrian invasion, Trump was forced to write another harshly worded letter to the Turkish leader.

“Deer Rejep, stop beeing a pussy and send your turkeys to Mecsiko NOW!” Trump wrote. “We can make a good deal! You kill the drug car tells, and I will let you have some of Mecsiko’s oil. Don’t bee a fool!”