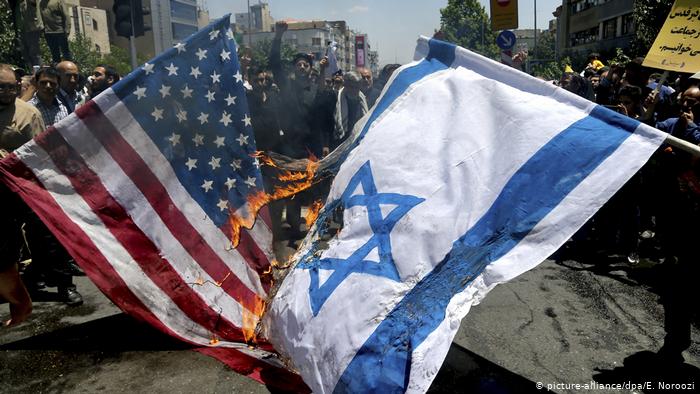 With the coronavirus preventing large rallies, Iran’s leaders have been forced to cancel this year’s anti-Israel “Quds Day” protests and instead will lead a series of “Death to Israel” and “Death to America” chants via Zoom conference.

The rally will feature tens of thousands of Zoom attendees each taking turns calling for death to one of Iran’s eternal enemies. In order to prevent a spate of house fires, Supreme Leader Ali Khamenei has encouraged attendees to type alternating flag and fire emojis instead of burning American and Israeli flags.

“It won’t quite be the same atmosphere as Quds Day rallies of past years, but there are some benefits to holding the march online,” Khamenei told The Mideast Beast. “For example, I’ve changed my Zoom background to the al Aqsa Mosque, so it will look like I am at the gates of al Quds [Jerusalem] and not on the crapper, where I’ll probably be.”

The rally will be held in 40-minute increments, however, as Iran could not afford to upgrade to Zoom Pro due to American sanctions.