Tlaib, Omar Can’t Believe They Have to Side with Boogaloo Boys 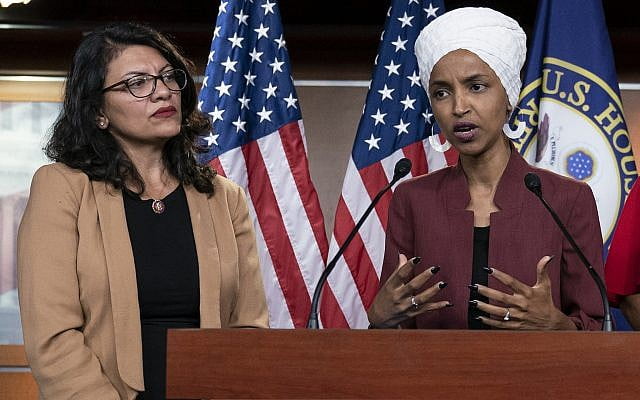 Image from The Times of Israel in “Dems Schneider, Sherman: Defending Israel harder under Trump-Netanyahu alliance,” 24 August 2019, at https://bit.ly/3hfsvW2

Democratic congresswomen Ilhan Omar and Rashida Tlaib have begrudgingly come out in support of the far-right anti-government “Boogaloo Boys” movement after members of the group were arrested for providing material support for Hamas.

Omar and Tlaib, sporting Hawaiian shirts and camouflage pants, announced their backing of the group in a press conference Tuesday.

“We aren’t fans of their white supremacy or support for gun ownership, but we’ve got to give them credit for stepping up and supporting liberal social justice organizations like Hamas,” Tlaib said. “Besides, they said they’re trying to incite a second Civil War, which sounds like it could be fun.”

“It’s a little embarrassing that we have to side with grown men who named their movement after a 1980s breakdancing film,” Omar added. “But anyone who can resist the Jews’ mind control and support Hamas freedom fighters is okay in my book.”