“That Wasn’t Me in the Israel Rant Video!” Claims John Oliver

Image Credit to The Times of Israel in “John Oliver’s misguided condemnation” (screenshot) at https://bit.ly/3ubZYHn

John Oliver – the award-winning comedian, political satirist, and host of the eponymous HBO show “Last Week Tonight with John Oliver” – has vehemently denied that he had anything to do with the now (in)famous ‘Israel rant’, claiming to be a victim of deepfake technology. FBI agents have arrested Ronald Dahl, a 16-year-old London native now living in New York in connection with the apparent deepfake video of Oliver.

“I cannot believe that people think that was me spouting out a ridiculously one-sided, out-of-context, source-free rant on what everyone knows to be an extremely sensitive subject,” Oliver exclaimed. He continued, “just look at my past segments on other topics! Every time I cover a subject, especially ones that are politically crucial and ones that are culturally sensitive, I ALWAYS show the data, including screenshots of the sources where that data comes from. I use peer-reviewed articles and reputable polling. Jesus Christ, I even offer countless video clips as evidence for everyone to see. Nothing is off-the-cuff when it comes to my platform. My team and I may be passionate about what we do, even quite emotional at times, but we always let the facts do their work.”

When asked about the use of loaded terms and profanity being tossed about so nonchalantly within the deepfake video, Oliver made clear to The Mideast Beast the following. “I’m a political satirist. I’m here to make you laugh, sure, but I’m also here to get people to think about important socio-political issues of the day. I am not, nor have I ever claimed to be, an expert on policy, war, warfare, and history. So why would I suddenly jump on camera and rant as if I just left my weekly BDS meeting? Why would I call an entire country a war crime-committing asshole and not say much about a militant, sorry ‘terror’, organization – one that is not so different from ISIS and who is clearly committing a double war crime by firing rockets from populated civilian areas into populated civilian areas? Why would I single out Israel? I’m the least anti-Israel person you’ll ever meet. I have a Jewish friend! And yes, there is a power imbalance, like nearly every conflict has, but if I had actually produced a segment on the Arab-Israeli Conflict, I would have done exactly what I have always done: offer up a well-researched examination, you know, like the ones that earned me my Emmys.

The comedian concluded by telling The Mideast Beast, “while the deepfake tech involved in the making of that rant is impressive for sure, the rant itself is clearly fucking childish, which is why I am not surprised that some pimpled-face teen hiding in his parent’s basement has been arrested. To be honest, I’m left dumbfounded as to how people can possibly believe that I would use my platform so irresponsibly. I have an obligation to my audience to fight misinformation. If I didn’t, I’d be just as much of a hypocrite as the very people I satirize.”

At the end of the day, I’m not worried. I’m confident of my supporters. Surely there’s someone out there who truly understands me and will write an accurate depiction supporting my views. 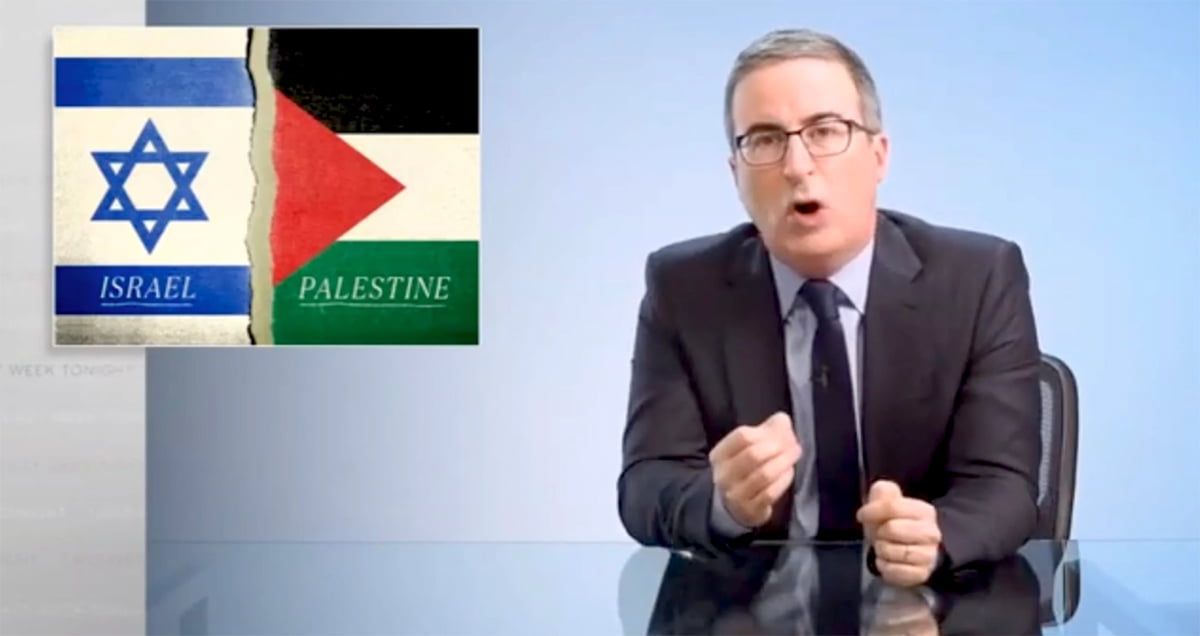