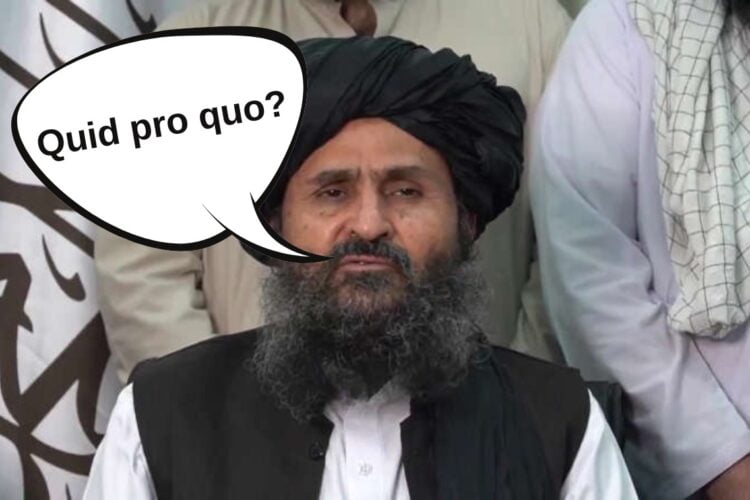 Taliban rule in Afghanistan may soon be coming to an end, as the Afghan House of Representatives has voted to impeach the terror group over a phone call its leader made to Ukrainian president Volodymyr Zelensky.

The impeachment inquiry was launched after a transcript of a call between Zelensky and Taliban leader Mullah Abdul Ghani Baradar was leaked to the media. In the call, Baradar begs Zelensky to help him dig up dirt on Northern Alliance leader Ahmad Massoud.

“Listen, Voldemort (sic), I need your help with this Massoud guy,” Baradar said. “My lawyer, Rudy Giuliani, said he’s been up to some funny business.”

In what opponents allege to be a quid pro quo, Baradar then offered Zelensky military aid if he were able to find proof that Massoud’s opium-addicted son used his connection to the guerilla opposition leader to land a cushy job on the board of a Kabul goat farm.

“We’ve got, like, 100 helicopters and 20,000 Humvees that we have no idea how to use,” the Taliban leader said. “You get me this dirt on Massoud and they are all yours.”

Furious over the impeachment, Baradar vowed to execute anyone who supports his group’s removal from office.

“Of course, we’ll probably execute them anyway, because we’re the Taliban and that’s what we do,” he added.