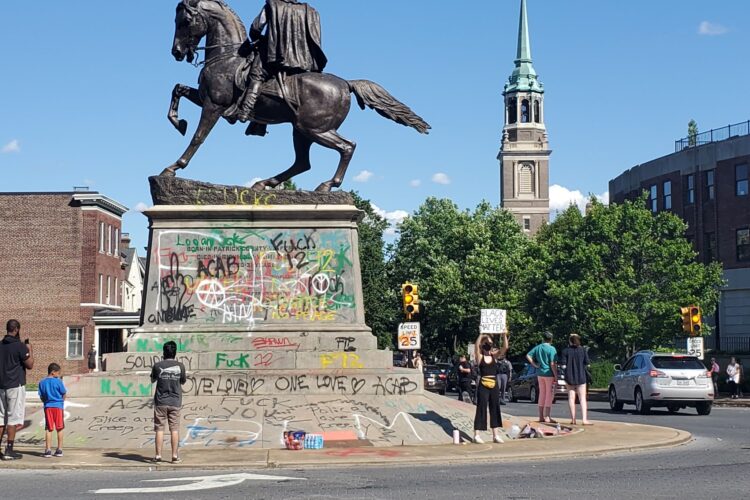 Calling the recent US trend of angry mobs destroying statues “inspiring but a bit amateur,” leaders of ISIS and the Taliban have agreed to send advisors to Antifa and other far left groups on how to erase historical artifacts.

“Destroying all art, culture and history from previous eras is obviously constructive,” said ISIS leader Abu Ibrahim al-Hashimi. “But they’ve got to do it in a more dramatic way. We beheaded statues with a sword. The Taliban blew up ancient Buddhas with dynamite. Tying a statue to a truck and dragging it down just doesn’t have the same dramatic effect.”

Taliban leader Haibatullah Akhunzada praised the mob for destroying not only Confederate monuments but monuments to an all-black Union Civil War regiment and abolitionist leaders.

“We were kind of confused at first, since we thought these were supposed to be anti-racist protestors,” Akhunzada admitted. “But if they’re just into blowing shit up and cheering, we can get behind that.”