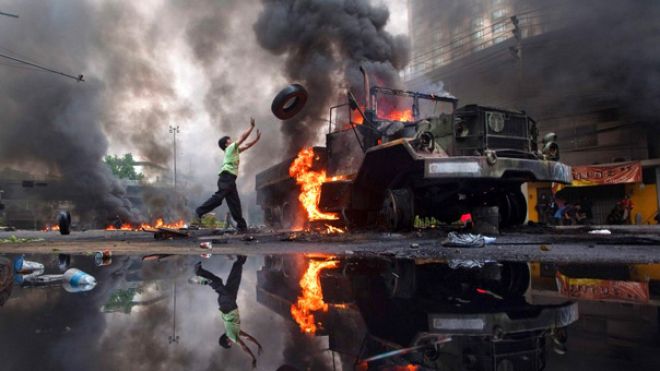 The nearly decade-long civil war in Syria has finally ended, as Sunni rebels defeated the Assad regime by burning down a Damascus AutoZone.

The destruction of the local automotive parts franchise was the final nail in the coffin for the regime, which quickly surrendered and agreed to help transition the country to democracy.

“We were determined to restore our rights and be free from tyranny and dictatorship,” said one of the rebels. “Everyone knows that the only way to defeat oppression is to destroy an AutoZone, so that is what we did.”

As of press time, Palestinians have ended Israeli occupation and achieved statehood after Hamas looted a Target outside Ramallah.