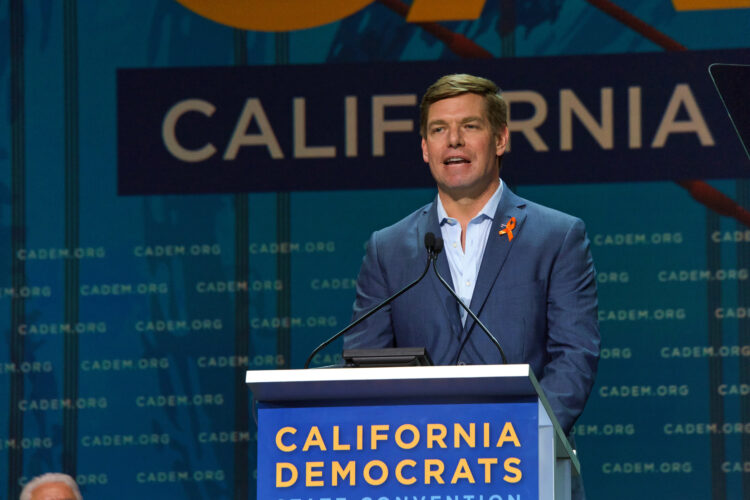 Desperately in need of a vacation, Rep. Eric Swalwell is reportedly both nervous and excited to introduce his new girlfriend, Barbara Assad, to his family this Christmas.

Swalwell, who recently came under scrutiny for his close relationship with an alleged Chinese spy, said he started dating Ms. Assad after meeting her at various political functions.

“What I love most about Barbara is that she is genuinely interested in what I do for a living,” Swalwell explained. “She’s constantly asking me how my work on the House Intelligence Committee is going. She asks some really specific questions, like where our war ships are stationed in the Mediterranean Sea, what intelligence assets we have in Syria and Iraq, and what we know about the Syrian government’s chemical weapons program. It just shows how much she cares about me.”

Swalwell acknowledged that Barbara didn’t stand out for her physical beauty or her femininity, standing at 6-foot-2 with the hint of a mustache. But her willingness to listen, the congressman explained, makes up for all her flaws.

“I can just stay up all night talking about state secrets with her,” he declared.