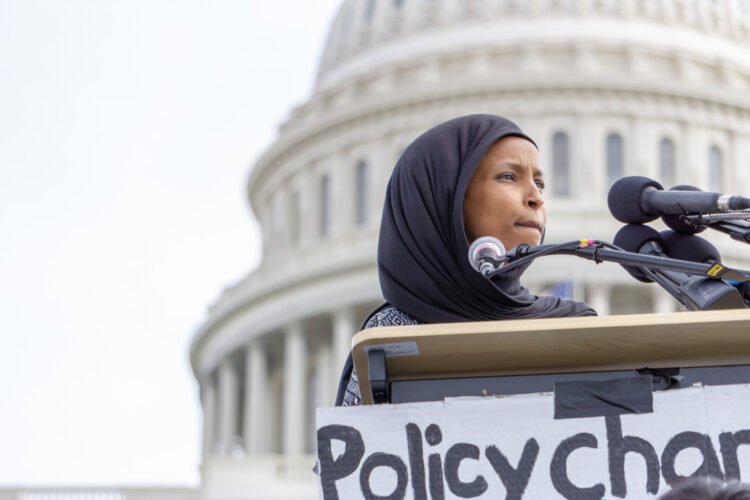 Followers of Democratic Congresswoman Ilhan Omar are rethinking their support for the progressive lawmaker after Omar went more than a week without an anti-Semitic dog whistle.

Omar, who has won praise from progressives ranging from David Duke to Louis Farrakhan for her constant criticism of “Zionists,” has reportedly made few if any openly anti-Semitic remarks since early June, when she compared Israel and the US to Hamas and the Taliban. Her backers have counted on her near-daily claims that Israel “hypnotized the world” or her support for groups that accuse Jews of using the blood of Christian children in their matzah (unleavened Jew bread)

“I campaigned for this woman because I knew that I could count on her to regularly remind the world that the Jews are not loyal to America and that they bribe people with their pointy noses,” said Linda Sarsour, an ally of Omar who chaired the Women’s March before getting booted for her anti-Semitic sentiments. “If she goes days at a time without reminding the world how awful the Jews are, what is she even doing in Congress?”

RELATED: Comparison to Taliban and Hamas was a Compliment, Ilhan Omar Clarifies

As of press time, fellow Squad member and economic virtuoso Alexandria Ocasio-Cortez (D-NY), had tried to make up for her colleague’s disappointing week with an anti-Israel comment of her own. But her remarks left both anti-Semites and Israel supporters alike confused.

“Listen, Israel is clearly an apart tide (sic) state, and needs to gives equal writes (sic) to the Panamanians,” Ocasio-Cortez tweeted. “I stand with Rep. Omar, Yasser Arab Fat (sic), and everyone else demanding an end to the Israeli sentiments (sic) and colonizimism (sic) that has had such a devastating effect on the Mittel Least (sic).”