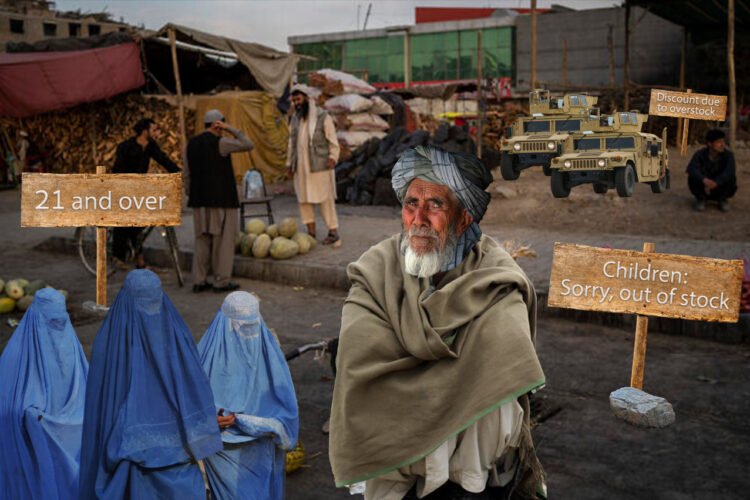 KABUL, AFGHANISTAN – Supply chain issues, which have been taking a toll in countries around the world due to economic woes, worker shortages, and shipping delays, have now hit the wife market in Afghanistan. The shortage is getting so bad, that some Taliban men are even settling for grown, adult women. It’s especially difficult for those men who only have three or four wives already.

One proud Taliban supporter, Phil Leesha Rashad, said he headed out to the local general store on Thursday, hoping to pick up some milk, eggs, a leftover American Blackhawk helicopter, and an underage orphan for cleaning, cooking, and marriage. He was hoping to find something in the 9 to 11-year-old range but was dismayed to find the shelves in the wife aisle almost completely empty. The only remaining options were a few elderly ladies in their mid-20s. He ultimately settled for a 24-year-old who he described as having “youthful ankles.” Phil, who is 58, tried to haggle with the man selling the woman, but because wives are in short supply, was forced to pay full price.

Phil says he hopes his new wife is still naïve and impressionable enough to oppress, but worries that she may already be old enough to have developed an attitude. The happy couple then put their milk and eggs in the back of their Blackhawk helicopter and flew home to their hut. 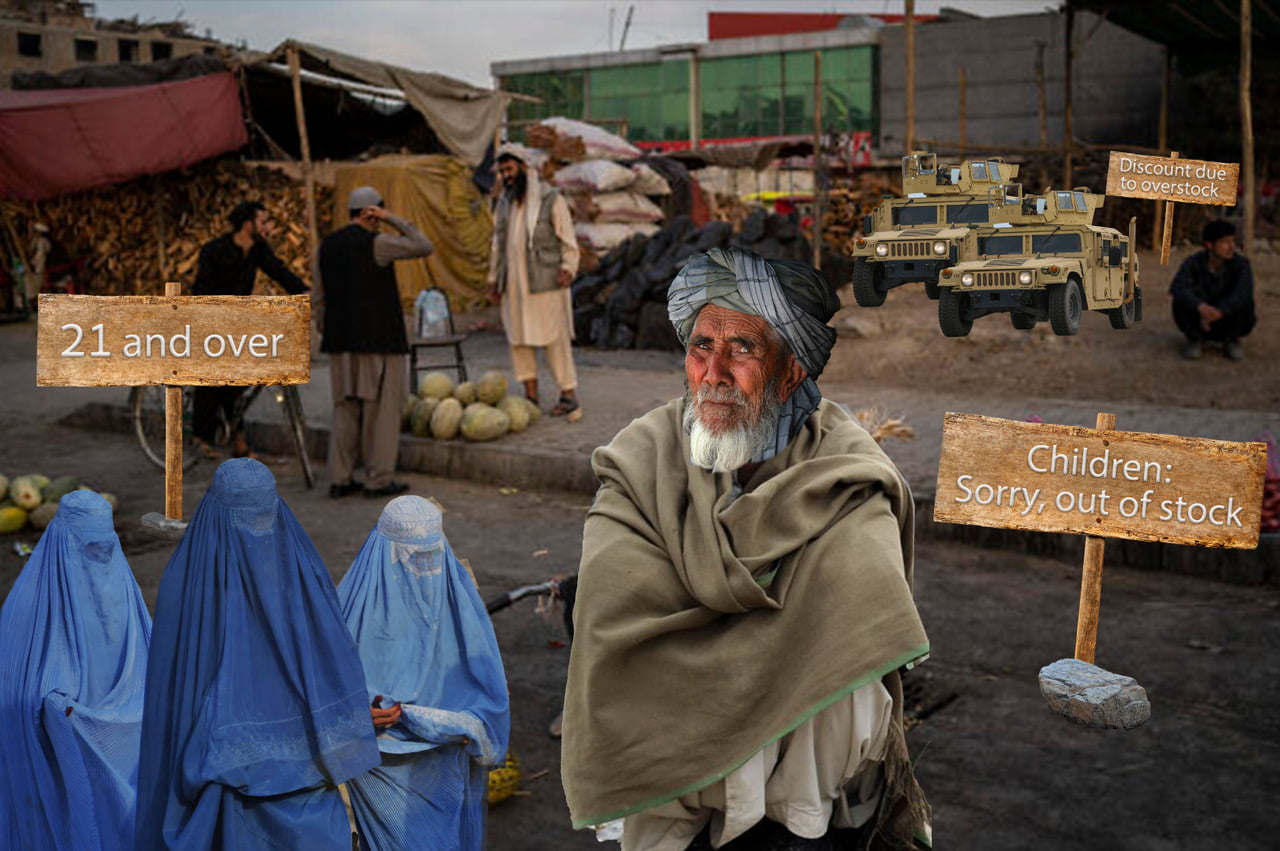