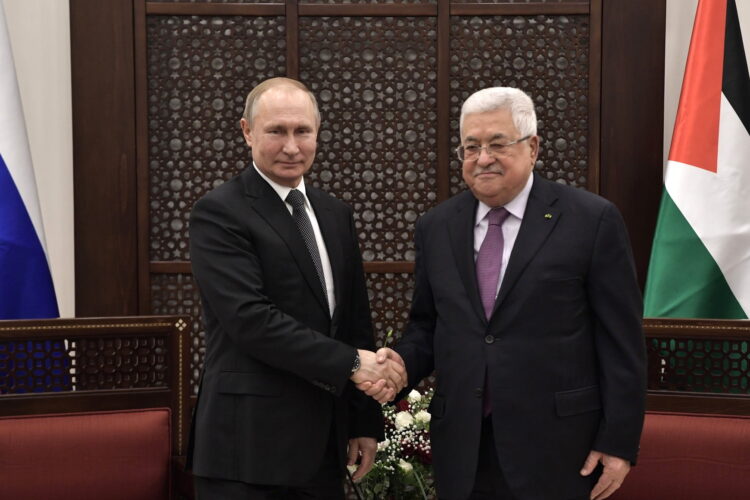 Russian president Vladimir Putin could stay in power until 2036 if Russian lawmakers approve of a new constitutional amendment, which would scrap the current presidential term limit. The amendment is expected to be approved, whether lawmakers like it or not, as Putin, who has been in power a mere total of 20 years, both as president and prime minister, has grown accustomed to treating Russia as his own private property.

Mahmoud Abbas, who’s now in is in the 16th year of a four-year elected term, spoke to The Mideast Beast on his way to congratulate Putin.

“I love Vlad”, said Abbas, “There’s no one like him in The Most-Long-Lasting Dictators Club. At our meetings, which are top-secret and where we exchange, among other things, thoughts on shithole countries like America and England, as well as foolproof non-messy assassination methods, Vlad is always the one with the best jokes. Some of us, especially Khamenei, have a tendency to drone on about religion and politics, but Vlad knows how to spill the vodka right, so to speak”.

The Mideast Beast also spoke to Iran’s Supreme Leader Ali Khamenei, who is the third-longest serving dictator in the world, having served as president from 1981-89 and as Supreme Leader ever since. “I highly approve of Vladimir Putin, even though he was born a miserable infidel. I think Russia is wise to extend his reign for 16 years, because only ruthless dictators can bring stability. Just look at the burning chaos that is the United States. That is what you get when you’re naive enough to guarantee every. single. citizen. their ‘inalienable rights’, especially their beloved ‘civil liberties’. Human nature plus freedom equals Rome burning, whereas the iron fist and fear of god have yet to fail. Learn your history, people!”