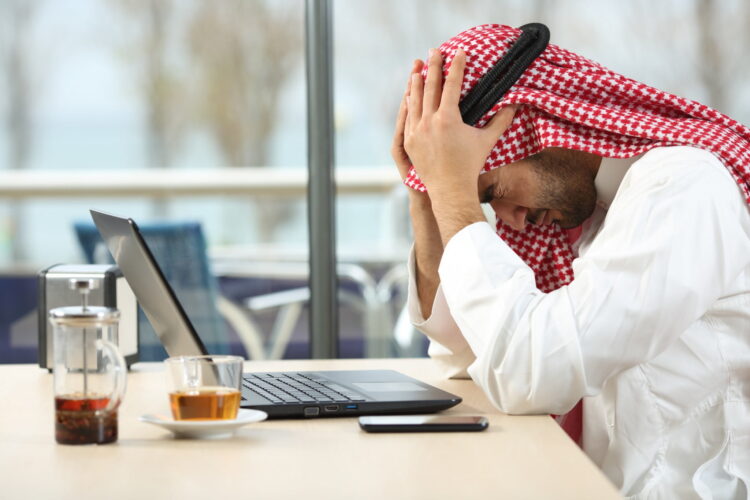 Senator Cruz’s twitter account appeared to favorite a pornography account last year, but the blame has since been shifted onto his staffers. “This excuse is the first good thing to come out of America in a long time,” laughed Hamad Nasser, a member of the aristocracy. He has four personal staffers, and managed to defer the blame onto his personal assistant. “I’ve always liked Jamal, but someone had to take the bullet. Unfortunately for Jamal, we are not talking metaphorically here. He’ll be sliced and diced this Friday,” Hamad regretfully told The Mideast Beast.

However, many Saudi teenagers were frustrated with their inability to shift the blame. Saaed Badr, who is from a low-income family, tried to shift the blame onto his staffer, only for his mother to point out that he had no staffers. However, others had it worse. Rajab, whose name surname will remain anonymous for his own safety, narrowly escaped one of Saudi Arabia’s largest ever execution: “Nothing reveals the wealth disparities of the Kingdom like those who can put the blame of rubbing one out at midnight onto their staffers. Not only am I getting blamed for my own mishaps, but, as an assistant chef, I’m taking the blame from other teenager’s parents too!”

While Crown Prince Mohammed bin Salman of Saudi Arabia’s office responded with “unambiguous condemnation of the recent outburst of sexual misconduct”, the Prince was overheard laughing and whispering, “Ted Cruz? Please. I have to hire new staffers every Friday.”