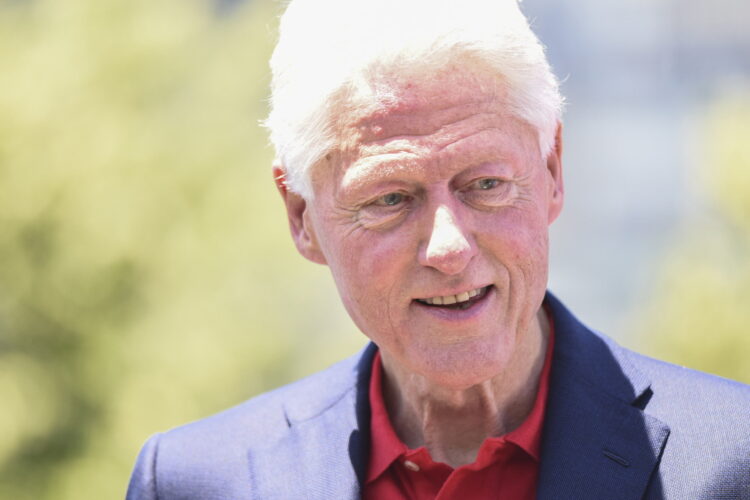 The Clintons recently donated 400 pizzas to New York hospitals as a gesture to the medical staffs there fighting Covid-19. Several nurses and doctors, however, said that the gesture may not have been what it looked like.

“There was a note inside the pizza, signed by Bill Clinton” one nurse said, “It was a desperate call for help, no doubt. It said, ‘I am stuck here with Hillary! If lockdown continues much longer I won’t be able to manage my anxieties!’ It also said that Bill had found himself lockdown-dialing Monica Lewinsky”. A doctor in another New York hospital said that the note in his pizza had been heartbreaking. “He was literally begging us to diagnose him with COVID-19 so that he could be admitted to the hospital, put in isolation, where no family members can visit.”

Meanwhile, the king of Saudi Arabia, Salman bin Abdulaziz Al Saud, reached out to offer Bill Clinton immediate asylum, telling The Mideast Beast, “President Clinton has a standing invitation to the House of Saud. Here he would get, no questions asked, a minimum of four wives, all obedient and pleasing, unlike the nasty Mrs. Clinton who wants to control her husband. We assure President Clinton that every single one of his anxieties would be instantly forgotten”.