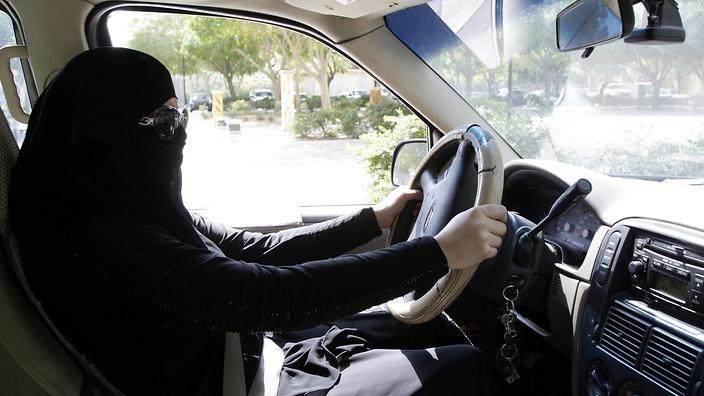 Image from SBS in "Saudi Arabia to allow women to drive in historic decision" at http://bit.ly/2xvkutu

King Salman’s revocation of the controversial driving ban for women has backfired with the swiftest revolution in the Middle East to date.

Just hours after the driving ban was lifted, women converged on major locations across Riyadh. Fatima Al-Fatima, the leader of the revolt, spoke from the royal palace: “We have been practicing on our husband’s dune buggies and golf carts. The plans have been in place for years. The process of establishing a matriarchal utopia in Saudi Arabia is already well underway, and we will not stop until we have our new Arab Queendom.”

It is still too early to gauge a full reaction, but one ultra-conservative prince, whose assets were seized and genitals clipped in response to his misogynistic tirades, was conflicted: “Just as I feared, letting women drive has resulted in a mass movement! But I did tell the reformists this, and the “I told you so” moment was pretty sweet.”

In her press conference, Al-Fatima addressed the stereotype of “bad” women drivers: “We may be bad drivers, I admit it, but let’s see how good men are at driving when we force them to get around by bicycle for the rest of their lives!” She also got creative with her vendetta against last year’s infamous Starbucks ban: “We remember these injustices. We wanted a pumpkin-spiced latte, but we ended with a shitty Americano from some second-rate coffee chain. Therefore, we have sentenced all men to drinking Dunkin’ Donut Coffee for the foreseeable future.”