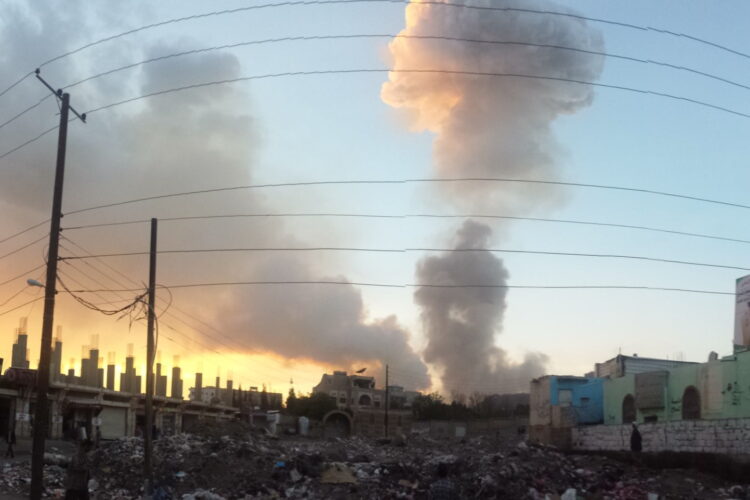 Following years of criticism around the conflict in Yemen, Saudi commanders went on Fox News last night to announce that they were obviously only bombing innocent civilians “ironically.”

“Jeez. Nobody can take a joke nowadays.” said army general and frequent sub-reddittor Mohamad bin-Mohamad. “It’s like how holding up a journalist’s head doesn’t actually mean I hate free speech. Bombing the shit out of a country doesn’t really mean we want to test out our missiles on a defenceless population. It’s, like, a joke. You all need to lighten up.”

In order to clarify their position on humor-based governance, the Kingdom has decided to rename some of its more controversial policies to more palatable names. Such as: the “Department for Midnight House Calls and Pranks” and “What’s the Deal with All These Dead Protestors?”

Lastly, they will be renaming all potential nuclear weapons as “global whoopie cushions.”

“Inshallah people will get the hint this time.” Finished bin-Mohamad, before turning back over to Sean Hannity’s briefing on how waving a swastika is both totally hilarious, and a great at-home upper-body workout.