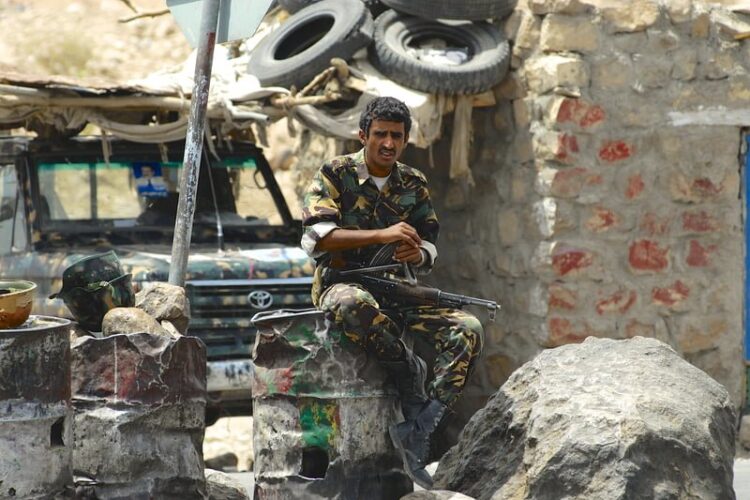 Arriving in Sana’a, Yemen, 24-hour cable news reporters thought they’d struck gold. As CNN’s Bud Fugg explained, “The whole place is totally destroyed. Ruins! What visuals!” Yet as Fugg and his colleagues began collecting footage and talking to locals, they were disappointed to learn that this was pretty much how the city always looked. “Turns out,” reported a mournful Fugg, “that the place has always been a massive shit hole.”

Other reporters told of similar experiences. “My guy is filming this amazing background,” explained veteran war correspondent, Todd L. Rick. “It was perfect! Flattened building, beggars, a pipe filling a crater with fetid water – I’m talking the whole package. Then this little prick comes over and tells me that it got blown up back in 2012 electoral violence.” Nor was that the end of Mr. Rick’s disappointment. “It’s just everywhere: this shattered car wreck is from a drone strike in 2009, that neighborhood got leveled in the 2011 rioting, and that school where all those kids got burned to death goes back either to the terror attacks in 2005 or the Civil War of the late 90’s. About half of Yemen’s people are fourteen or under, so they couldn’t say for sure. I mean crap, do you know what a disaster this was for me? It takes almost a day to fly all the way to Yemen.”

Worse than the lack of non-vintage war damage were the accommodations. No hotel in Sana’a carries HBO. “We had to watch Game of Thrones on my iphone. And forget wifi, it just keeps buffering and buffering.” Still, Fugg said the trip wasn’t for nothing. “Not a total loss. We’ll just file away all this footage to dust off for the next war in Gaza.”