Report: Kate Middleton, the Duchess of Cambridge, is pregnant with the Messiah 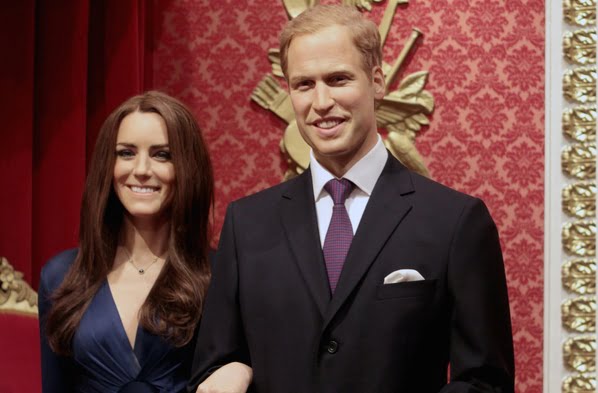 Addressing the crowds from above the clouds, in a loud, booming voice, God, looking pretty proud of himself, announced that Kate had conceived the child naturally and not via Immaculate Conception, which he dismissed as ‘an absolute load of bollocks’:

‘There’s no such thing as an ‘Immaculate Conception’. Who ever made that shit up had some pretty fucked ideas about sex. The truth is, I’m probably the only one man to knock up Kate. Then I thought, since I was there already, I could throw in the Messiah for shits and giggles.’

God then paused for some en-masse up-above to down-below high-fiving of the gathered press and passers by, before continuing:

‘But seriously. The Middle East is fucked. ISIS? Gaza? Syria? Yeah I’ve made that shit hit the fan on purpose, but you people have fucked it all up.

‘The time is ripe for the coming of the Messiah. Kate and I have discussed how it’s all going to go down already, and she’s up for it. She said I was better in bed anyway.

‘So in summary – Kate’s up the duff again, and the Messiah is coming. Be excellent unto each other.’

God made the announcement shortly after Kate was rushed to hospital with acute morning sickness. God explained that this was primarily due to the Messiah’s incubation within Kate, and that, ‘the sins of all mankind aren’t exactly going to sit easily, are they?

‘It’s no wonder that Kate is vomiting it all up. You lot are some pretty sick people.’