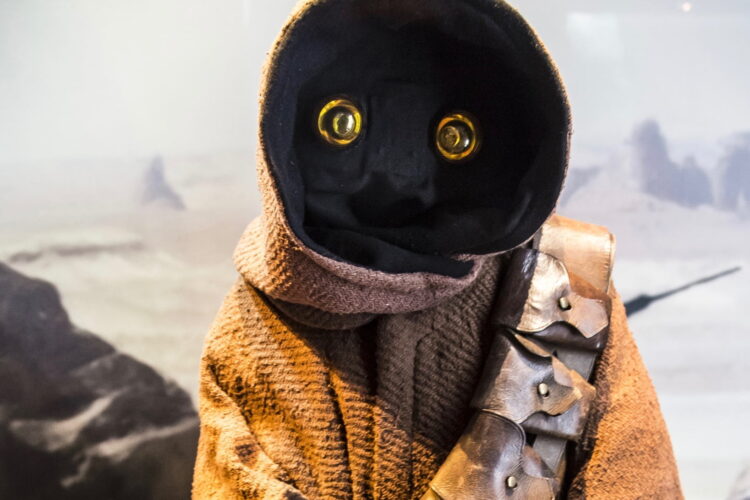 TATOOINE — In what has to be the saddest thing to happen on Tatooine since we saw the scorched skeletons of Uncle Owen and Aunt Shmi, a young Jawa’s dreams were crushed this week.

The teenage scavenger, like many vacationers his age, had hoped to visit the famed beaches of France in order to meet chicks.  But dreams are easily crushed.  As news that French officials forced a Burkini clad women to undress at the beach spread throughout the galaxy, Jawa’s all over Tatooine began to realize that they would not be welcome, the creatures, famous for their glowing eyes and hooded visages, have never been seen without their cloaks.

Debates have raged about the liberty of Muslim women to wear what they like in a free society, with detractors asking whether permitting religious compulsion is really freedom and supporters claiming that people should be able to dress any way they like regardless of religious pressure.

At this point, French authorities haven’t signaled a willingness to rethink their policies, so it appears that Jawa’s will remain persona non grata at French beaches for the foreseeable future.  We asked the despondent Tatooine native to tell us about his feelings concerning the French laws and he told us, “Omu’sata!  Togo togu!”  Powerful words from a strong youngster, and one which we all hope will be able to accomplish his dreams without harassment from law enforcement.