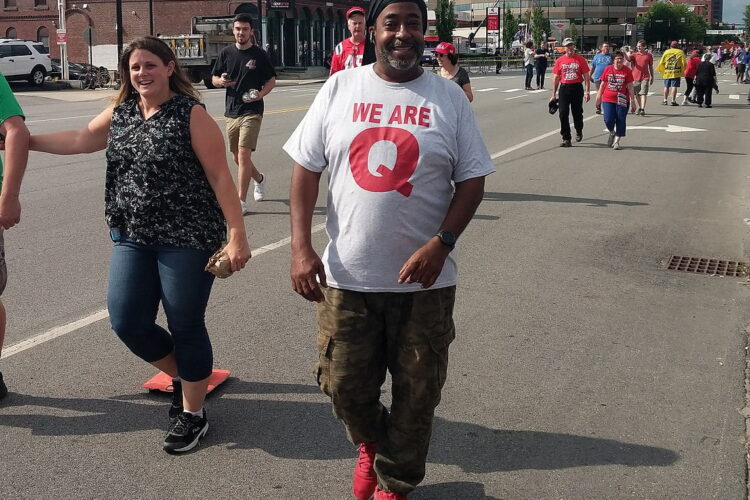 The high-ranking military officer known as “Q” now says he will try to break up the criminal child-eating global sex-trafficking ring controlling Washington DC in Trump’s second term, after he slept through his alarm Wednesday and was unable launch a climactic war against the cabal before Joe Biden took office.

Q has long promised a day of reckoning called “The Storm” during which he will join with President Trump to arrest thousands of Democratic politicians, government figures and liberal actors. Q told The Mideast Beast that he had planned to wake up early Wednesday and put the plan into action just hours before Joe Biden took office but overslept after a long night of drinking.

“I was a little anxious about dramatically overthrowing the government just minutes before the sex traffickers retook power, so I decided to have a drink Tuesday night to calm my nerves,” Q admitted. “Next thing I knew I was waking up at 1 p.m. with a head-splitting hangover and Biden was already president.”

Q’s failure to arrest the thousands of cabalists and try them before a military tribunal was seen as a betrayal by many of his followers, known as QAnon. But Q urged patience, telling them to keep their faith despite the delay.

“Listen, Trump could be president again in 2024,” Q noted. “And if he is, I promise not to wait until the last minute this time.”