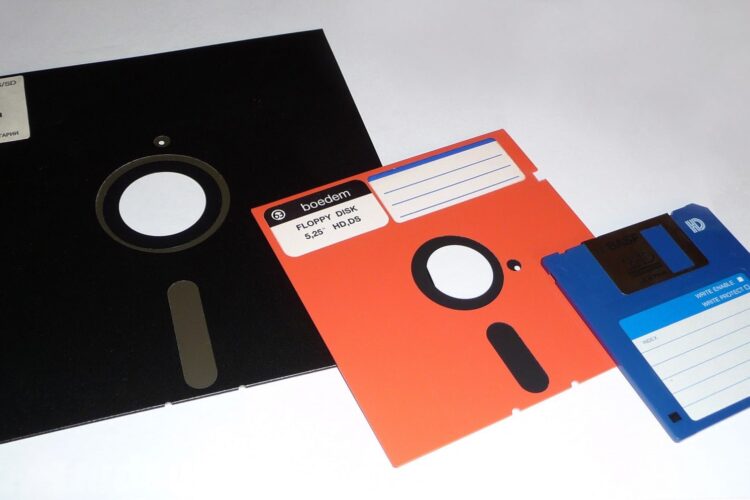 By George Chernilevsky (Own work) [Public domain], via Wikimedia Commons

While many Americans have been hypnotized by the interminable coverage of Hillary Clinton’s email security snafus, other damaging details have recently come to light regarding the US government’s notorious vibe of technological illiteracy. According to a new report, the Pentagon is still relying upon computing systems from the 1970’s that require floppy disks to coordinate intercontinental ballistic missiles and nuclear bombers.

Department of Defense representative Ayma Luddite admitted to The Mideast Beast via a series of telegraphs: “We just never made the switch to CDs … we’re kind of scared of new technology. Everyone in the Pentagon still uses their original BlackBerrys from 1999, except one guy who shleps a landline rotary phone around with him wherever he goes. We’ve got all our security footage on VHS… but sometimes we accidentally tape over it with reruns of MASH.”

A follow-up smoke signal was sent to us by Luddite after her initial comments, asking us to reassure our readership that the use of floppy disks is “far more logical than other data retention methods” as they are un-hackable and work great as long as the magnetic strip is in order and no dust gets into them. “We keep all the disks in a very secure location – a Rubbermaid bin. Nothing gets in those,” she added.

A group of ISIS hackers expressed delight over the recent news. “This explains why we haven’t been able to get those nuclear codes! We’ve been trying over the web, when all we needed was an inside man to ruin the disks! With a magnet or just a pinch of sand from our vast sand reserves, we will finally succeed in destroying the infrastructure of the United States and bring about the nuclear Armageddon we so look forward to.”