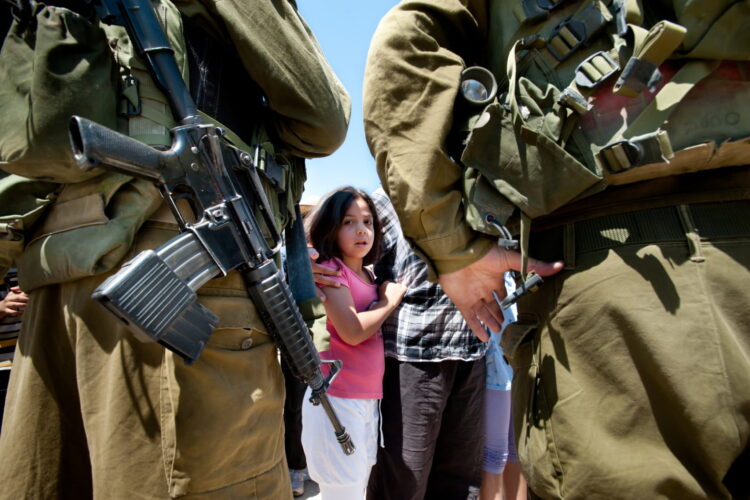 The Palestinian women captured on video fighting to stop an Israeli soldier from arresting a child last week admitted that their fierce resistance against the soldier was in fact due to a case of mistaken identity.

“We saw a skinny white guy with his face covered, and saw how determined he was to get away with a young child, and assumed that ‘sandwich guy’ must have escaped from jail,” one of the women told The Mideast Beast, referring to former Subway pitchman Jared Fogle. “We were especially concerned when we saw him carrying what appeared to be a foot-long chicken teriyaki sandwich, though thankfully it turned out to just be a gun.”

The video, which has gone viral, shows an Israeli soldier trying unsuccessfully to arrest a young Palestinian boy while a number of women try to stop him. Reached for comment, Mr. Fogle harshly denounced the soldier’s conduct.

“I was very disturbed by the soldier’s actions in the video,” Fogle, who was charged with possessing child pornography and having sex with minors, said. “I can’t believe he let the kid get away! No matter how many women I had to fight off, I wouldn’t have left without the child.”