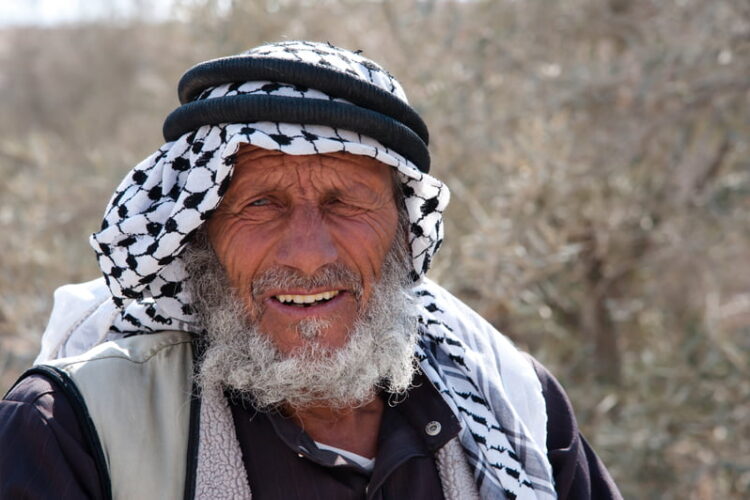 Palestinian olive farmer Mahmoud al-Tabrani was ecstatic Monday after a group of masked Jewish settlers burned down his olive grove. The grove was the exact site he had planned construction for his new home. In an interview with The Mideast Beast, he said being that he would have had to do all the work himself, and that “it’s like I’ve won the lottery.” He continued, “Cutting down all those trees would have taken me days if not weeks.”

However, when being interviewed by the Palestinian news agency Ma’an he quickly changed his tone and stammered out “Ummm yea err the Zionist occupation forces tore down these trees that were so dear to my family for generations…and uh so yeah.”

Local villagers gathered around his home to voice their support, where Tabrani gave a rousing speech and led them to an IDF roadblock, where they were repelled with tear gas. Tabrani then nonchalantly hit a Norwegian peace activist over the head with a shovel and vocally blamed a stray gas canister. Afterwards, he returned to his land and quickly went about setting the foundation for his new mountainside villa.

In 2017, the BBC will release a three part documentary entitled “Groves of Justice: Occupation of Palestine’s soul,” which will feature the story of al-Tabrani’s trees.