No One Can Remember What All the Fuss Was About 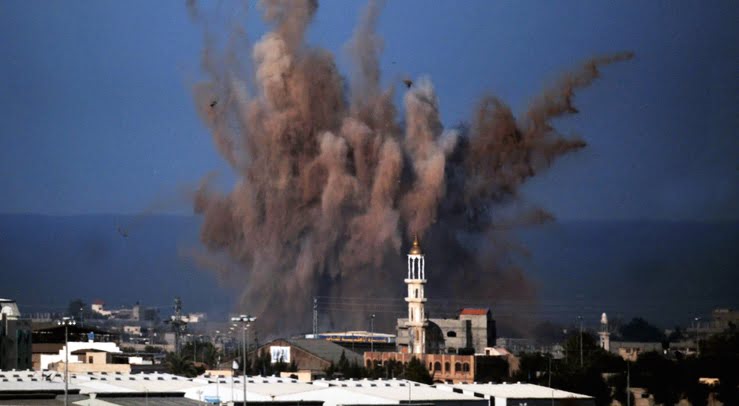 Only 36 months since the guns fell silent after the last Israel-Gaza war, the outside world is scratching its collective head to recall what it was so worked up about.

The American ambassador to the United Nations was nonplussed, “I seem to recall there were some big bangs and a lot of running around. Do they celebrate the 4th of July over there?”

Globally, journalists were scrolling back through the archives to remind themselves where the hell they were that summer. Erwin Sheffield, a professional scribbler from London commented, “I know I was somewhere hot and dusty but then I may be confusing it with my two-week holiday in the south of Spain. I just know that people on the beach were more covered up.”

‘Stop the War’ activist Jenna Goodall was adamant that whatever had happened was something she was very angry about, “but then I’m pretty angry about everything so that doesn’t narrow it down very much. Did it involve imperialism? I bet it did!”

IDF public affairs professionals were unhelpful. Colonel Yoni Fluffberg couldn’t recall anything particularly notable, “nope, you will have to be more specific, would you care to look at this basket of puppies while you try to remember?”

Luckily Russian President Putin has put out a press statement confirming that he does remember what happened, and will be happy to tell everyone at exactly the same time that his latest “love and prosperity convoy” has once again crossed the Russia-Ukraine border. Spooky timing.