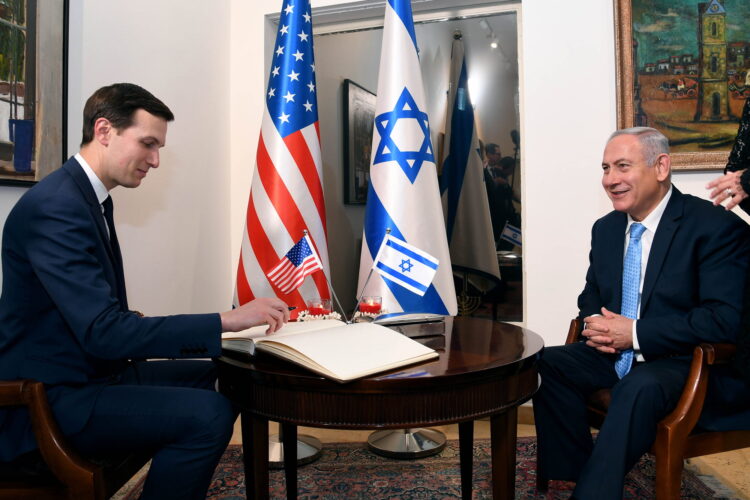 Jared Kushner, the President’s son-in-law and stock image model for future AI robots, reportedly spent the better part of the fifth afternoon in several weeks to explain to the President of the United States why campaigning in Israel was not a good idea, mainly because Israel has no electoral votes, and is a separate country.

It’s understandable that the President is looking to invigorate his campaign, as poll numbers are way behind sleepy Joe Biden and Kamala “I’m not a cop” Harris. However, Kushner who is getting tired of explaining to the most powerful man in the world that Israel doesn’t vote in the general election. “Those other Jews should vote for me too!” he exclaimed while slurping down his fourth Super Big Gulp diet coke. “I gave them everything they wanted I wanted them to have,” said Trump.

While Jews in America vote overwhelmingly Democrat, in the last election 80 percent of American Jews living in Israel voted for Trump. A White House aide told The Mideast Beast that Trump has been furiously looking for new votes as both his poll numbers sag and as he scrambles to find ways around “fraudulent” mail-in voting, except for him and the First Lady, apparently. Kushner, among other staffers, noted their concern that even after three and a half years in office, the President appears not to be fully aware of who exactly constitutes U.S. citizenry.

Jared and Ivanka were last seen rolling a TV in into the oval office to show the president “Wakko’s 50 State Capitals” video.