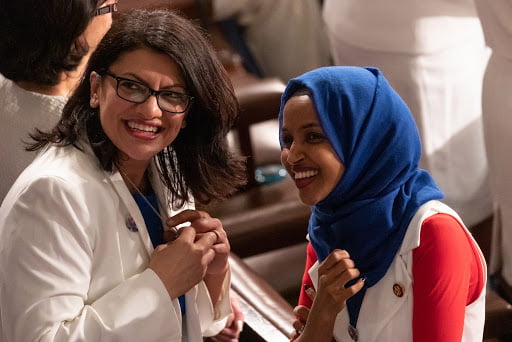 Image credit to The Pioneers’ Diaries from 16 August 2019 at https://bit.ly/3qfIvMK

While last week’s attack on the US Capitol has drawn widespread bipartisan condemnation, two prominent Democrats now say they support the riots after hearing that they are similar to Kristallnacht, a 1938 pogrom against Jews in Nazi Germany.

Rep. Ilhan Omar and Rashida Tlaib, both members of a far-Left democratic faction known as The Squad, have endorsed the storming of the Capitol after initially calling for President Trump’s impeachment over the attack, which left at least five people dead. Their position changed after actor and former California governor Arnold Schwarzenegger compared the event to Kristallnacht in a viral video earlier this week.

“At first I was against the insurrection at the Capitol, because they were trying to kill us, they were Trump supporters and worst of all, most of them were white,” Omar said. “But if it really was like Kristallnacht, then things are about to get really good.”

Tlaib added that she opposed the Capitol riots initially but that her opposition softened when she saw shirts reading “Camp Auschwitz” and “6MWE,” an acronym for “six million wasn’t enough,” a reference to Jews killed during the Holocaust.

“Seeing those shirts gave me a real calming feeling,” Tlaib explained. “If I had seen the rioters wearing those shirts at the time, I might have come down and helped them.”