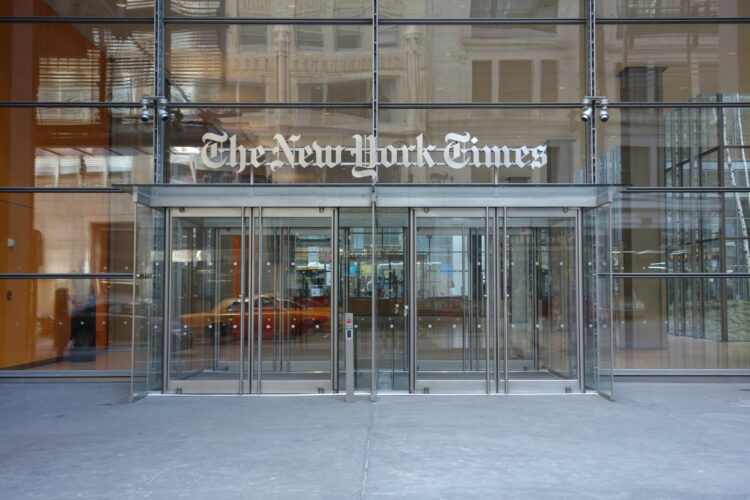 The New York Times (NYT) is receiving criticism after it published an op-ed penned by Taliban leader Sirajuddin Haqqani last week. The editorial board is standing by their decision though as giving a voice to a new and controversial opinion but also because they had empty column space and “Tom Friedman is only good for so much gibberish per week”.

The Times has regularly come under fire for publishing opinion pieces by enemies of the United States, and Tom Friedman, but they have always stood by their decision to publish such writers. One member of the board said “sure, Haqqani was actively involved in the planning and execution of attacks that targeted US troops and the US has more than a $10 million bounty on his head, but we still got less hate mail on this than any time one or more conservative columnists publishes something”.

NYT readers have been split on the decision with one person we interviewed saying that on the one hand the Taliban is bad but that The New York Times regularly publishes the writings of people who have terrorized New York before, and yet Bari Weiss is still allowed to write columns.

James Bennet, the head of The New York Times editorial board told The Mideast Beast that the column was published because their readership has become “a bunch of goddamn spoiled babies, and I can’t take the hate mail every time Bret Stephens writes an article, so we went with a terrorist to make them happy”.