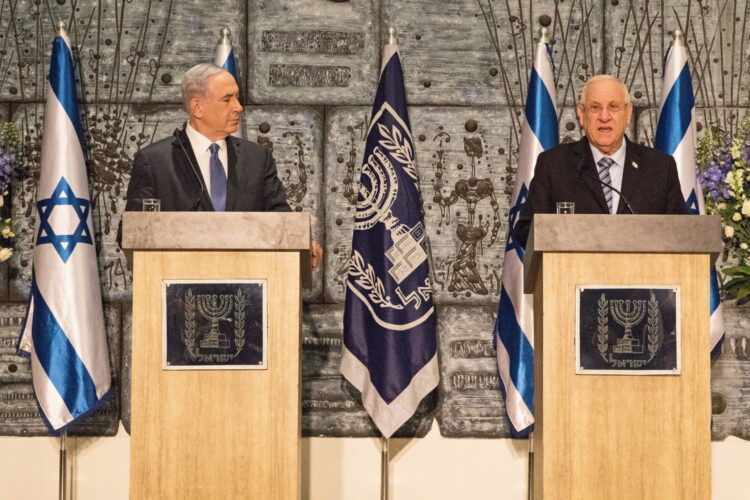 At a time when Israel faces the biggest unemployment crisis in its history, Prime Minister Benjamin Netanyahu is finally ready to present Israel’s new government, the largest in the country’s history, consisting of 36 ministers and 16 deputy ministers. Members of the Likud party were squabbling over portfolios until the last moment, offended that they had only been offered minor positions or no positions at all.

The Mideast Beast spoke to Prime Minister Netanyahu about the new government.

“My policy is very simple: At a time of record unemployment and economic difficulty for the Jewish state, Israel urgently needs no less than 52 ministers and deputy ministers to properly handle its problems. Will all these ministers and deputy ministers be expensive? Of course. But we all have to make sacrifices for the good of the Jewish people. Some of my most loyal party soldiers had to settle for less glamorous ministries than they had hoped for and they bravely made that sacrifice. History has shown us time and again that what is right is not necessarily what is popular. I do what needs to be done for the sake of the Jewish people, who need me to be in charge forever. Also, I always thought it was unfair that Sri Lanka has held the record for the most cabinet ministers in one country since 2008. Enough already”.