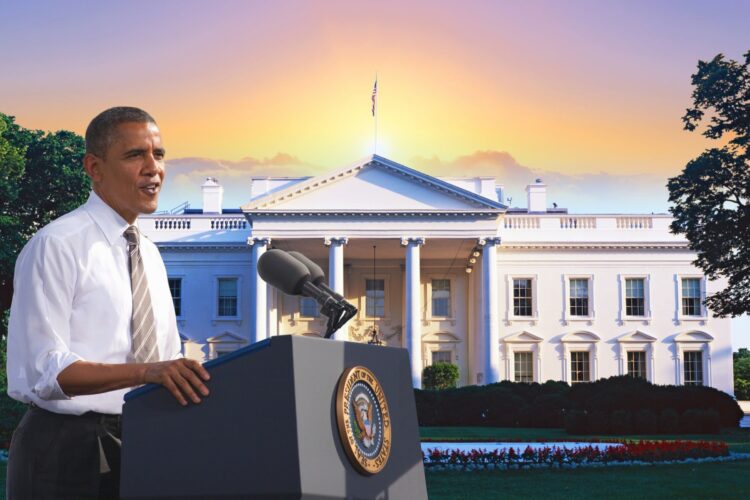 With the relationship still a little testy, US President Barack Obama did not invite Prime Minister Benjamin Netanyahu to his August 4 birthday bash.

After getting word of the cold-shoulder treatment and learning he was not on the preferred guest list with Beyoncé, Mahmoud Abbas, Fabio, Mary-Kate and Ashley Olsen, Netanyahu shrugged off the latest snub and told his staff, “Wherever the fuck he was born, he’s still going to be 53, 54 or whatever. I have to send a little somethin’ somethin’ to smooth things out.”

Vice President Joe Biden was the only senior staff member available to sign the FEDEX waybill and shipping documents for the re-gifted mobile air defense system.

Speaking to The Mideast Beast on condition of anonymity, an intern who was present when the shipment arrived reported Biden was a little teed off after learning it was sent international economy instead of express overnight. According to the unnamed source Biden’s only remark was, “Chicken shit.”

Seeing the missile battery parked on the front lawn of the White House, Josh Earnest, White House Press Secretary suggested it be moved to the Rose Garden. “It’s an ostentatious sculpture. A little too showy to be out front.”

Israel Finance Minister, Moshe Kahlon, took issue with giving away one of Israel’s air defense batteries. “I hope Bibi didn’t include ammunition. A Ping golf putter or a nice tie from Neiman Marcus would have sufficed.”

Israel’s Defense Minister Moshe Ya’alon was okay with it. “Pipe down! We got better shit nobody knows about yet.”