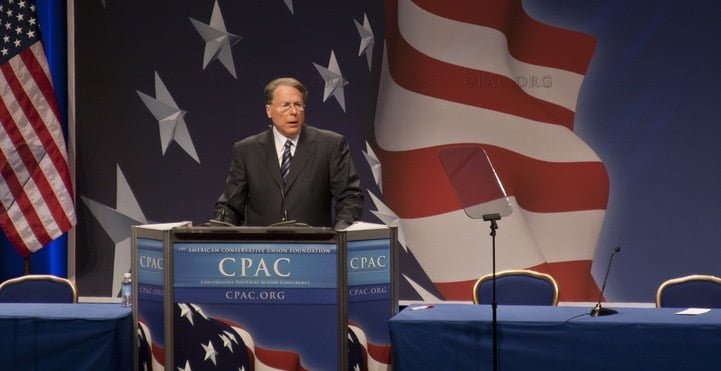 Weighing in on the nuclear deal between the United States and Iran, NRA CEO Wayne LaPierre demanded that the U.S. provide nuclear weapons to all of Iran’s enemies and regional competitors including Saudi Arabia, ISIS and a host of opposition groups in Syria and Iraq.

In addition to ISIS, which U.S. forces are currently battling, and Saudi Arabia, LaPierre said President Obama should provide nuclear weapons to Azerbaijan, Morocco, Egypt, Turkey, Bahrain, Qatar, Jordan, the UAE, the Taliban, the Free Syrian Army, Jabhat al-Nusra, the KDP, the PKK, the PYD, AQAP, AIPAC, Akon, the Naqshbandi Army, the 1920 Revolution Brigade, Ansar al-Islam and the Free Iraqi Army, among others.

“Obviously this list is inconclusive,” LaPierre acknowledged. “But I think this would be a pretty good start.”

Critics of the NRA’s plan argued it would just serve to further destabilize the region, as any minor conflict would risk escalating into an all-out nuclear war. They also noted that LaPierre’s salary was paid by the nuclear weapons industry. In response, LaPierre said that the real problem stemmed not from nuclear weapons but from the media and video games. He then made an incoherent and unrelated reference to 9/11.