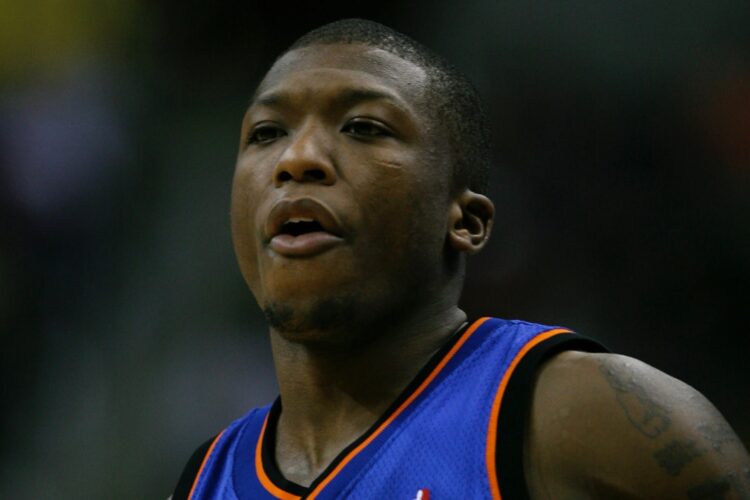 Three-time NBA slam dunk champ Nate Robinson received a raucous ovation during introductions at the sold out Drive-in Arena for his first game with Hapoel Tel Aviv. He immediately made his presence known, scoring 25 points while showing off an array of skills throughout the game. Head coach Sharon Avrahami praised the new comer, complimenting his big play despite his diminutive 1.75m stature. “When I first saw it, I was like whoa I was not expecting it to be that big! And believe me I’ve seen some big ones, but proportionally he’s got the largest one for sure…I’m talking about his heart, not his shmeckel.”

When asked about acclimatizing to a new country, Nate said he was getting used to the new environment and was looking forward to trying more of the local cuisine “Some people at home told me to watch out for terrorists, but so far the only people terrorizing me are Israeli drivers. Also, is it the law to put Hummus on everything?”

He also commented on some of the unorthodox practices he had with the team prior to the game. “We had a film review session which is pretty standard, but after that coach kicked-off the ‘complaining circle’. I thought we would talk about things we could improve for next game, but people just took turns whining about random issues like the air conditioner being on too high, or the traffic jam near the arena.”

Despite the whirlwind of recent changes, Robinson has enjoyed bonding with his teammates and looks forward to taking part in team traditions. “Jeff Allen, our back-up center, told me that all new guys get to have a ‘bris’. Apparently it’s a Jewish tradition, and I’m really excited to become a part of Israeli society. I hope it’s as fun as a bar mitzvah”