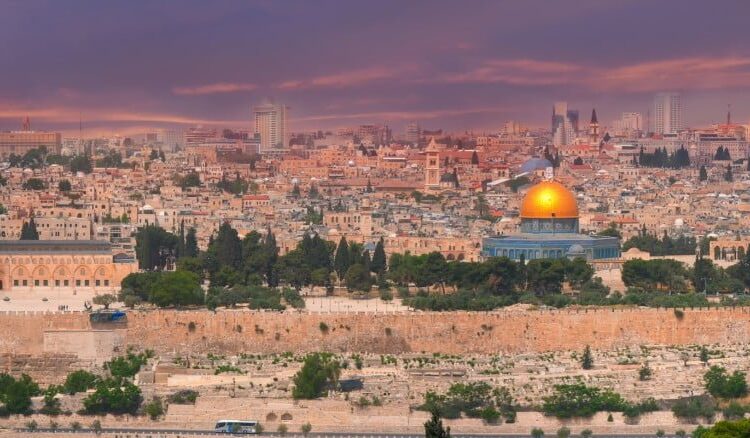 JERUSALEM — Archaeologists working underneath the Temple Mount have announced a discovery that could potentially rewrite history faster than a Texas textbook. The team of Muslim archaeologists began work around the Haram esh-Sharif (The Temple Mount) a number of months ago, and it seems they’ve made a once-in-a-lifetime find.

“It appears that The Noble Sanctuary was built on top of a much older structure,” announced the team leader, Dr. Yousef Muhamad. “Though we were unable to ascertain the origins of the ruins. We’ve searched high and low for answers about the ancient builders. Asking people in the Mosque, looking through the Quran, and watching The History Channel’s Ancient Aliens.”

“Based on this research, our best guess at this point is that the ancient temple was a mosque built by some kind of proto-Muslim group… or by aliens that visited the Earth several millennia ago,” said Dr. Muhamad. “We’ve reached this conclusion after taking into account the fact that no one had lived in the region between the time of the Canaanites and the Muslim conquest of the area.”

The team plans to continue their expedition in the hopes of unlocking the secrets of what they have simply called, “The Lost Mosque That Allah Hid Under Al Aqsa for Some Reason.”  Dr. Muhamad informed The Mideast Beast that understanding the ancient temple is of the utmost importance because, “it will surely provide insight into the rise of Islam in the region, and may even allow us to understand the roots of Islam itself.  We want to know, who built the temple?  What happened to them?  And why aren’t they around anymore?  Without a doubt, whatever we find will surely strengthen the case for a historic Muslim monopoly on the region.”