Mormons Shocked to Learn Mount Sinai Not Really in Nebraska 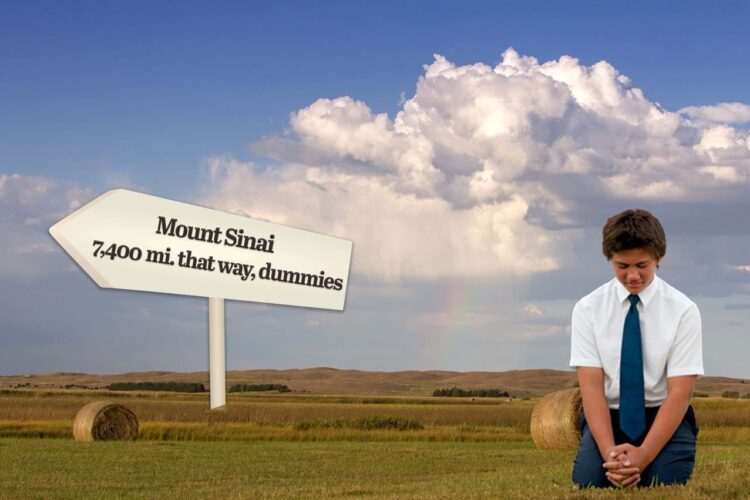 Members of the Church of Jesus Christ of Latter-day Saints have been shocked by the recent discovery that Mount Sinai, the spot where Moses received the ten commandments from God, was in fact in modern day Saudi Arabia and not in Banner County, Nebraska as previously believed.

Archeologists now say that the Jabal Maqula mountain in northwestern Saudi Arabia is the real Mount Sinai. They cite similarities to descriptions in the Bible. For example, the top of the mountain is blackened “as if scorched by the sun”, a strange and unexpected similarity for a mountain standing in the middle of a desert in Arabia for thousands of years. Apparently, there are even pieces of chariots, possibly belonging to the Pharaoh, discovered in the ‘nearby sea’. This account upends thousands of years of traditional belief that Moses received the tablets at Bighorn Mountain outside Harrisburg, Nebraska, according to Mormon scholars.

“For generations, it has been taken as a given that God gave the tablets to Moses at Bighorn Mountain,” said Mormon President Russell Nelson. “And that afterwards, Moses stayed at the Holiday Inn Express, until the next day when he came down and saw all those fellows had built a Golden Buffalo. He got so angry, he went and said the ‘D’ word – you know, the one that rhymes with ‘yarn’ – and God banned him forever from the promised land of Utah.”

But if the latest discovery proves true, it may be necessary for Mormon scholars to rethink their conceptions of the geography of the Bible.

“We may have to start to consider the possibility,” Nelson said, “that Saudi Arabia is actually in Wyoming.” 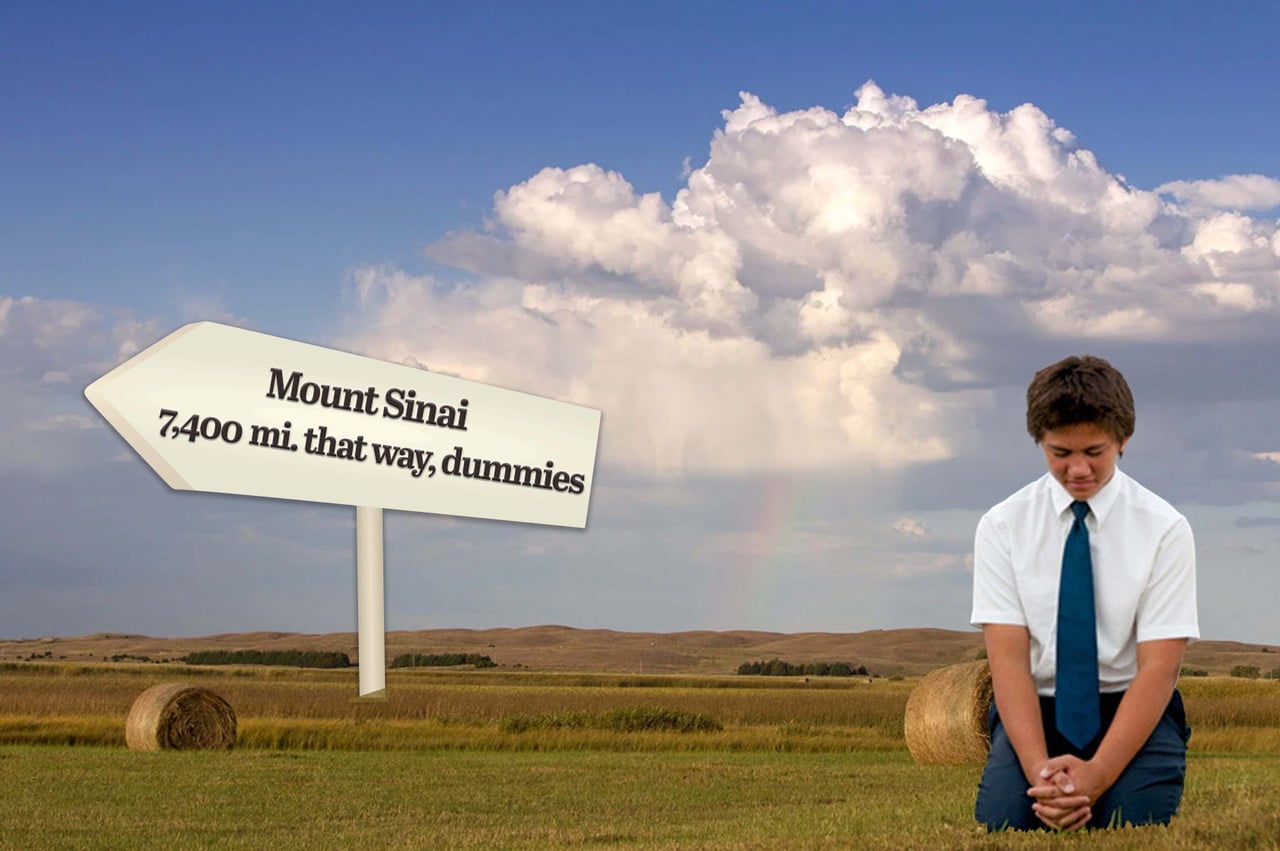