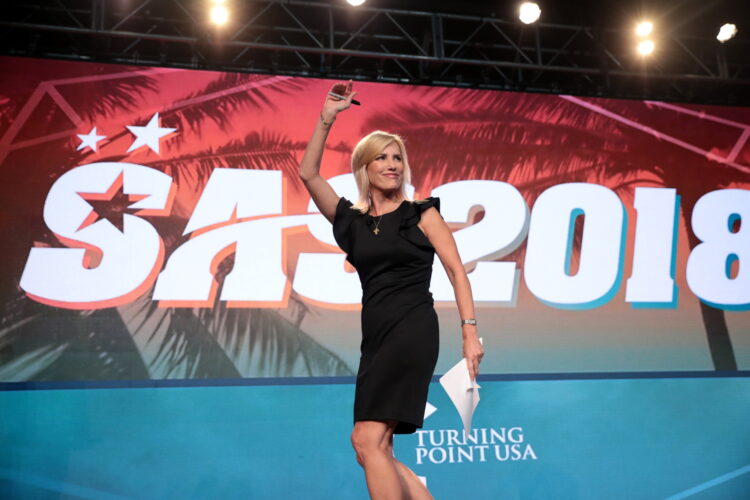 Stepping up her calls for an invasion of the Midwest state, Fox News host Laura Ingraham has accused Minnesota of developing weapons of mass destruction and urged immediate action.

Ingraham had previously called on Americans to liberate the people of Minnesota as well as California and Virginia, comparing the plight of residents under lockdown to Afghans, Syrians, Iraqis and Kurds living under brutal dictatorships. But the cause took on an added urgency after the conservative broadcaster raised suspicions that Minnesota Governor Tim Walz – already criticized over his efforts to stop the spread of COVID-19 – is developing nuclear and chemical weapons.

“We must immediately act to stop Walz now, and not wait for the smoking gun in the form of a mushroom cloud,” Ingraham said on her Friday night broadcast. “I believe the people of Minnesota will see us as liberators and greet us with flowers.”

Ingraham seems to have the support of President Donald Trump, who simply tweeted “Liberate Minnesota!” in capital letters. But Democrats and some Republicans have been outspoken in opposing an invasion.

“We need to worry about fixing our own problems before we get involved in foreign lands like Minnesota,” Senator Rand Paul said in a statement. “We can’t be intervening in every shithole country in America.”