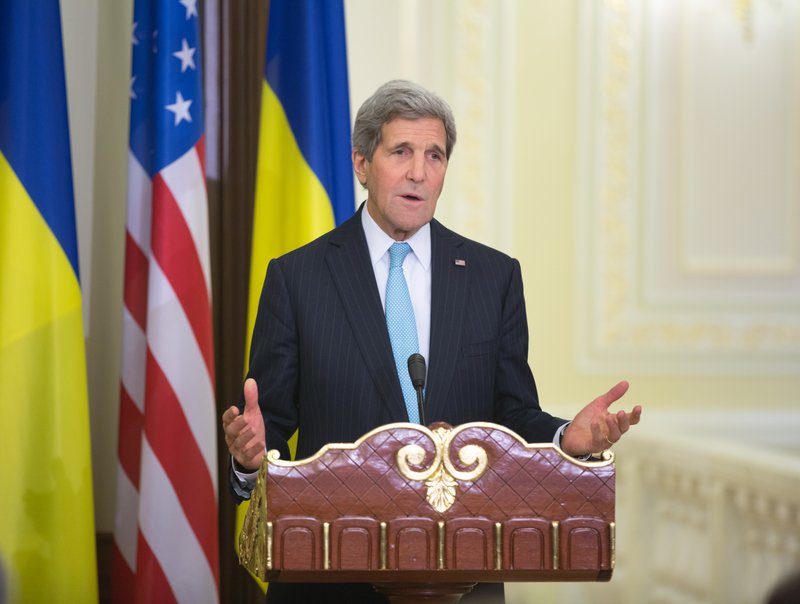 Taking a break from clearing out his desk and catching the next train on Platform 9 ¾, out going Secretary of State John Kerry appeared before the Senate Foreign Relations Committee to defend the recent frame work deal with Iran. His defense was both vigorous and absolute.

Committee Chairman, Senator Bob Corker of Tennessee, suggested it might be dangerous to leave the highly fortified Iranian facility at Fordow fully operational. “Muggle fool,” replied the Secretary, “do you think John Kerry has not considered this question? Pushing on the Fordow issue would surely bring doom upon us all!”

The Secretary was similarly dismissive of Senator Edward Marky’s suggestion that any deal should require Iran to fully account for all previous efforts to build nuclear weapons. “Must John Kerry contend with half bloods and morons? Even suggesting Iran take such actions would invite a horde of Basilisk to turn all of us to stone.”

From there Kerry accused the entire committee of being in leagues with the dark lord – who may or may not be Bibi Netanyahu – of risking the nation’s security by daring to question the perfection of the negotiated deal, and claiming any and all suggestions indicated that the questioning Senator preferred to see his home state struck by a nuclear weapon.

Undecided Voter Breaks for Trump After He Says Biden Not Smart

Khamenei Accused of Using Earpiece During ‘Death to America’ Rally

In a letter endorsing President Obama’s nuclear deal with Iran, 29 of America’s leading nuclear scientists vowed that death by nuclear annihilation is generally quick and painless. “After reading the agreement cover to cover and hearing from both critics and proponents of the deal, we can confidently say that having a nuke dropped on your city is a relatively peaceful...

Iran declared Friday that it has not ruled out military action against Iran, after Iranian inspectors reported that a soil sample from the Parchin military base contained traces of radioactive material. “After conducting a thorough inspection of the Parchin facility, we have found substantial evidence to suggest we might be illegally enriching uranium,” said Iranian President Hassan Rouhani. “If our...

The Palestinian women captured on video fighting to stop an Israeli soldier from arresting a child last week admitted that their fierce resistance against the soldier was in fact due to a case of mistaken identity. “We saw a skinny white guy with his face covered, and saw how determined he was to get away with a young child, and...