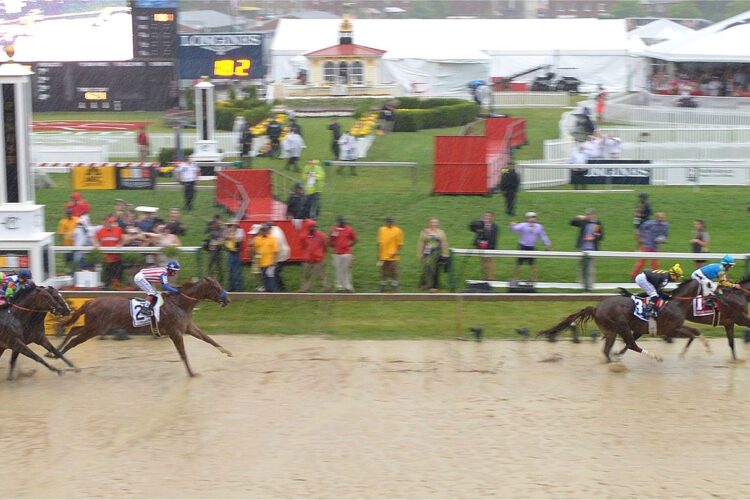 Just as over the rest of the world, the Triple Crown victory of American Pharoah at Belmont – the first in more than four decades – was greeted with much celebration in refugee camps across the Middle East. “The way Pharoah sprinted at the end to win by 5 ½ lengths was just amazing” Abdul ibn Abdul from Syria, who fled government gas attacks and has spent the last two years languishing in a Jordanian refugee camp, told The Israeli Daily. “Now that he’s won, perhaps my family and I could eat him? What? We’re really very hungry.”

The sentiment was repeated by Mahmud ibn Ali, a Shiite refugee from Mosul. Ali has not heard from three of his daughters since ISIL seized the city and only narrowly escaped alone with his wife and other four children. “Watching that horse run, it was a thing of beauty. It made me feel free again, as if I were running right along with him. Now is there any chance we can eat him? My family hasn’t had anything but gruel for days. Actually, perhaps American Pharoah would share his groats? He seems like a generous sort of horse.”

The Israeli Daily asked each refugee if they wanted us to reach out to the horse’s owner, Ahmed Zayat, to see if American Pharoah was available for consumption. Abdul ibn Abdul’s answer was typical. “Wait a minute? That horse is owned by a Jew? No thanks, my family and I will just go hungry.”

In related news, Belmont last place holder, Materiality, is according to reports already bound for the slaughter house, to be shipped to some weird horse eating country like Indonesia or France.