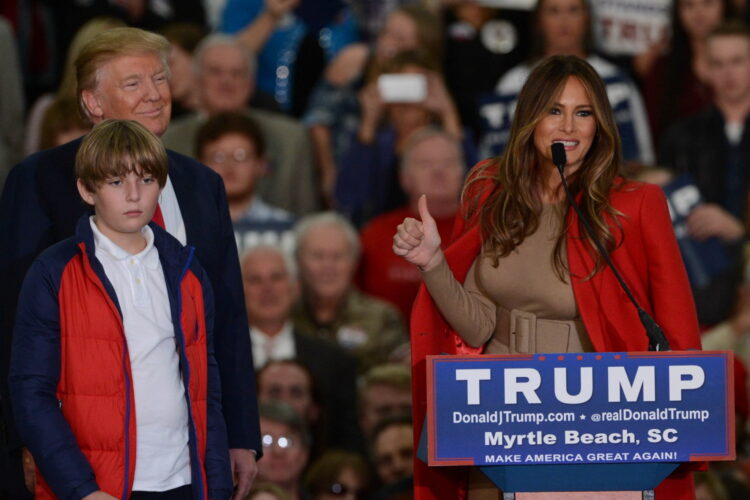 First Lady Melania Trump has been arrested on charges of attempted murder after police say she tried to convince her husband to drink fish tank cleaner containing hydroxychloroquine.

President Donald Trump was hospitalized after ingesting a substantial amount of the tank cleaner, which included a trivial amount of hydroxychloroquine along with a host of deadly chemicals. Melania initially told police that the couple both tried drinking the chemical in hopes of fending off COVID-19. Hydroxychloroquine has been used to treat the novel coronavirus, though doctors remain divided on its efficacy.

“We saw them talking on Fox News about how it cures the China virus, so we just started chugging it,” Melania Trump told reporters. “We had no idea that it could be harmful. Why would Fox News lie to us?”

But DC police say she knew the substance was toxic and tricked the president into drinking it by claiming that Fox News talk show host Sean Hannity had been drinking the product for months.

“We have reason to believe she was unhappy in her marriage and saw the hydroxychloroquine as a way out,” a police official told The Mideast Beast. “While she stood to inherit a substantial fortune upon his death, we do not believe that was the motivation. It appears she just wanted to be rid of him.”

At press time, President Trump had been briefly discharged from the hospital but was readmitted after his son, Eric, convinced him to drink bleach to prevent coronavirus. This time, however, police do not suspect foul play.